Edith Swanneschals, known as Edith the Fair or Edith Swan Neck, was born around 1025 and was the handfast wife or common-law wife of King Harold II, the last Anglo-Saxon king of England. Her parentage one of the richest landowners in England at the time of the Norman Conquest. 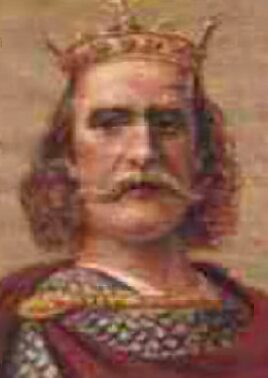 Edith, who was renowned for her great beauty and the paleness of her skin, bore Harold Godwinson five children, three sons and two daughters, their eldest child Godwin, was born in 1049, followed by Edmund and Magnus (born 1051). Their daughter Gytha was born in 1053 and Gunhild, their last child, in 1055.

In the spring of 1066, Harold II married Edith of Mercia, widow of the Welsh prince Gruffydd ap Llywelyn whom he had defeated in battle. Edith was the sister of Earls Edwine and Morcar, the marriage was intended to form a political alliance with her brothers. She bore Harold two sons, Ulf and Harold, the latter was born posthumously at Chester in 1067.

It was Edith Swanneschals who identified King Harold's body after the Battle of Hastings, accompanied by two priests of Waltham Abbey, Osgod Cnoppe and Elthelric Childemaister, she searched the battlefield for his remains. 'She had at one time been the king's concubine and knew the secret marks on his body better than others did, for she had been admitted to a greater intimacy of his person. Thus they would be assured by her knowledge of his secret marks when they could not be sure from his external appearance.' 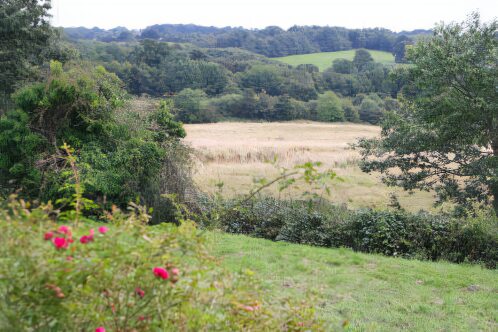 The body had been badly mutilated by Norman knights following the battle and Edith is said to have identified it as Harold by marks 'known only to her'. Although Harold's distraught mother Gytha pleaded with William the Conqueror to release Harold's body to her for burial and offered his weight in gold, William coldly refused.

After the Norman Conquest, Edith disappears from the pages of history, her lands were granted to the Breton Alan Rufus.

After Hastings, Harold and Edith's sons, Godwin, Edmund and Magnus, fled to Dublin to enlist the aid of King Diarmait mac Máel na mBó. They returned to England to rise in rebellion against Norman rule in the summer of 1068 with a force of Dublin Norse mercenaries. They attempted to take Bristol, but the city held out against them and they later left along with booty they raided. The brothers landed in Somerset near land that had once been held by the Godwin family. There they were met by a force led by Eadnoth Staller, or Eadnoth the Constable, a loyal supporter of King Harold who had served as his steward but had later made his peace with William. Eadnoth was slain in the ensuing battle of Bleadon, it is possible that Magnus Haroldson also met his death on the battlefield as his name is not mentioned again.

Godwin and Edmund Haroldson returned to England in the Autumn of 1069 with a fleet of 60 ships, they raided the west country and attempted to take Exeter, but were defeated by the Norman garrison from Exeter Castle. They then carried out raids in Somerset and Cornwall, where the Celtic Cornishmen joined forces with them. They were, however, defeated by a large Norman force under Brian of Brittany and returned to Ireland. The brothers eventually travelled to the court of their kinsman, King Swein of Denmark.

Harold and Edith's daughter Gunhild remained in England after her father was killed at the Battle of Hastings in 1066 and was educated at Wilton Abbey, where her aunt, Edith the widow of Edward the Confessor was patron. Wilton was a centre of learning, Matilda of Scotland, queen of Henry I, also received her education there, along with her younger sister Mary. Gytha became the mistress of Alan Rufus, Lord of Richmond and a relative of William the Conqueror. After Alan's death, she married his brother, Alan Niger, (or the Black). She defied the attempts of Anslem, Archbishop of Canterbury, to make her return to the nunnery, claiming that she had never formally taken the veil.

Gytha was taken by her grandmother Gytha Thorkelsdóttir, to Denmark in 1068. She married the Russian Grand Duke of Kyiv, Vladimir Monomakh, the marriage produced five children, including Mstislav the Great, who was to become an ancestor of King Edward III. Edward's mother Isabella of France was a granddaughter of Isabella of Aragon, the wife of Philip III of France. Isabella of Aragon's mother, Violant of Hungary, was a daughter of Andrew II of Hungary, a grandson of Géza II by Euphrosyne of Kyiv, herself a granddaughter of Harold's daughter Gytha. Gytha died on 07 May 1107.

The Battle of Hastings

A Tour of Hastings Battlefield and Battle Abbey