Dynasties of the Kings and Queens of Scotland

This section of our history covers the lives and reigns of all the monarchs of Scotland from the first Scottish King, Kenneth MacAlpin, who emerged from the mists of the Dark ages as the first King of Scotland in 843, to the death of that ill fated seductress, Mary, Queen of Scots, who was beheaded in an English prison on the orders of Elizabeth I.

Edward I of England's overbearing attempts to rule Scotland resulted in the Scottish Wars of Independence, which saw the meteoric rise of one of Scotland's most famous sons, the patriot William Wallace, who raised his countrymen to fight for the cause of freedom and was destined to suffer an agonizing death at the hands of his English enemies. After the demise of Wallace, the banner of Scottish resistance was taken up by Robert the Bruce, Scotland's greatest monarch, who lead his country to finally win her freedom from English dominance at the Battle of Bannockburn in 1314. 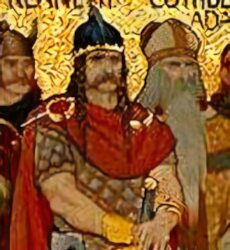 The MacAlpin dynasty, which ruled Scotland throughout the Dark Ages, united the warring races of Picts and Scots as one nation. Our section on this dynasty includes the reign of Kenneth I himself and covers the bitter blood feud fought out between the two opposing lines of his successors for possession of the throne. 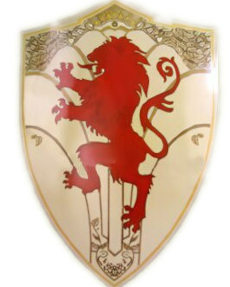 The following chapter, on the short lived House of Moray, includes an account of the reign of Macbeth, of Shakespearian fame, who usurped the throne of Scotland and reveals that the actual history of Macbeth and Duncan was very different to how Shakespeare has presented it to his audiences down the ages. 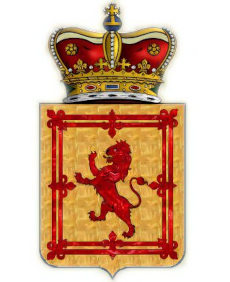 At the dawn of the Middle Ages, the House of Dunkeld seized the Scottish throne replacing the line of Gaelic Kings which had ruled since the ninth century. It produced such varying characters as the devout David I and Alexander I, known as the Fierce. The House of Dunkeld could also claim a saint in it's midst, in the person of Margaret, the wife of Malcolm Canmore, who was also one of the last representatives of the Anglo-Saxon House of Wessex. 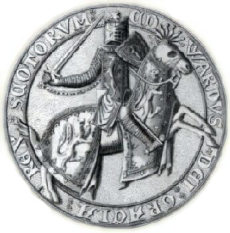 The Balliol dynasty produced two kings of Scotland,John Balliol (reigned 1292-1296) and his son and heir Edward Balliol (reigned 1332-1336). After the deaths of Alexander III in 1286 and his granddaughter and successor Margaret of Norway in 1290, Balliol laid claim to the Scottish crown on the grounds that he was the 3 greats grandson of King David I. Strictly speaking he had a slightly superior claim to his main rival Robert Bruce, the grandfather of the future King Robert the Bruce. King Edward I of England, who had been asked to decide on the issue of the disputed Scottish succession approved his claim as 1291. John proved to be inefectual king and was forced to abdicate in 1296. Edward Balliol, the eldest son of John, was crowned at Scone in 1332, but was forced to flee to England only a few months later by forces loyal to David Bruce, son of Robert the Bruce. He was restored to power by English support but was defeated again in 1334. Balliol returned to Scotland following the defeat of David II at Battle of Neville's Cross in 1346 and raised an largely unsuccessful insurrection in a final attempt to gain the throne. 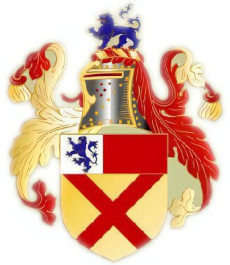 The Bruce's derived their claim to the throne of Scotland through their descent from Isabel Neville, the second daughter of David Earl of Huntingdon (grandson of David I) who married Robert de Brus, 3rd Lord of Annandale. The great Robert the Bruce was to become one of the most renowned Kings of Scotland, who ended English dominance over Scottish affairs when he defeated a force led by Edward II at the Battle of Bannockburn in 1314. On the demise of Robert the Bruce in 1329, David, aged five at the time, was duly proclaimed King of Scots and was crowned at Scone Abbey in November 1331. Edward Balliol, seizing the opportunity a minority presented, invaded Scotland with an English army and achieved victory over a Scottish army at Dupplin Moor when the regent, Robert's the Bruce's nephew, Donald, Earl of Mar was killed in battle. David II was eventually reinstated as Scotland's sovereign on the flight of Edward Balliol in 1336. The new King landed at Inverbervie in Kincardineshire on 2 June 1341. After David's death, the throne passed to his nephew, Robert Stewart, who became Robert II, the first of the Stewart dynasty. 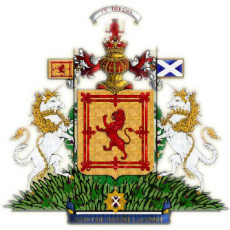 After the Bruce dynasty failed in the male line, on the death of Robert's only son, the throne of Scotland was occupied by the romantic but ill-starred Stewart dynasty, which descended from the Bruce's daughter. The tragic Mary Queen of Scots was the last scion of their line. Beautiful, but reckless and impulsive, Mary was suspected of complicity in the murder of her ineffectual second husband, Henry Stuart, Lord Darnley and later alienated the Scots lords by marrying James Hepburn, Earl of Bothwell, widely believed to be his murderer. She was forced to abdicate and endured a long term of imprisonment at the hands of her English cousin, Elizabeth I. In 1567 she ended her days under the executioner's axe at Fotheringay in Northamptonshire, an action which shocked all Europe. The crowns of Scotland and England were finally united in the person of the son Mary were fated never to see from infancy, James I and VI, the first King of all Britain.