The Devereux Tower is situated in the north-west corner of the inner curtain wall and was built by King Henry III, an avid royal builder, between 1238 - 1272, when it was known as 'Robyn the Devil's' Tower The tower consists of two stories, with an apartment in each, joined by a spiral stone staircase. Secret passages once ran from the Devereux Tower to the Chapel of St.Peter ad Vincula and the Beauchamp Tower. Much of the tower was rebuilt from the mid eighteenth century. 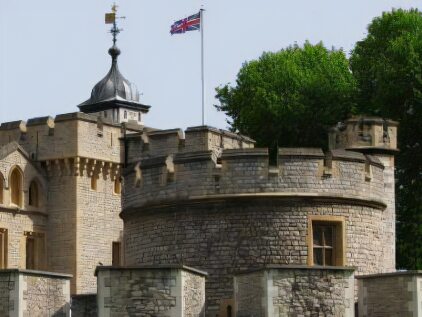 The tower acquired its present name from its most famous prisoner, Robert Devereux, Earl of Essex (10 November 1565 - 25 February 1601) who was executed for treason by Queen Elizabeth I.

Essex generally took liberties with the ageing queen but was forgiven. In April 1599 Elizabeth sent Essex to Ireland as Lieutenant and Governor-General, with an army of 17,000 men and explicit instructions to crush the Earl of Tyrone's rebellion and bring Ireland under control. Contrary to the Queen's orders, Essex had a secret meeting with Tyrone, made a truce in Elizabeth's name then abandoned his post to return to London and explain his decision to the Queen. 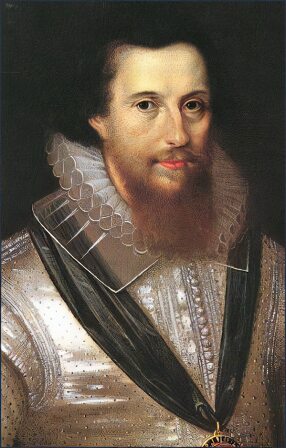 The infuriated Elizabeth placed him under house arrest pending an inquiry. Although cleared of treason, Essex was found guilty of disobedience and dereliction of duty. He was consequently stripped of most of his positions and banished from court.

On his release in August 1600, Essex made failed attempts to regain his position as favourite and councillor, writing numerous pleading and outraged letters to the Queen. When Elizabeth refused to renew the lease and patent on his farm of wines in September 1600, the outraged Essex made plans to capture the Queen, rid the Council of his rival Robert Cecil and his supporters and proclaim James VI, the son of Mary, Queen of Scots, as her successor. Essex and his supporters commissioned a performance of Shakespeare's Richard II at the Globe Theatre on 7 February 1601, to be inspired by its famous deposition scene. Elizabeth, seeing through the plot remarked "I am Richard II, know ye not that?".

The following day, on 8 February 1601 he marched from his townhouse, Essex House with a party of followers and entered London in an attempt to force an audience with the Queen. A force under the command of Sir John Leveson placed a barrier across the street at Ludgate Hill. When Essex's men tried to force their way through, Essex's stepfather, Sir Christopher Blount was injured in the resulting skirmish, and Essex withdrew with his men to Essex House. He later surrendered after the queen's forces besieged Essex House.

Essex was imprisoned in what is now called the Devereux Tower, he refused to see his wife and children and on 19 February 1601, was tried on charges of treason at Westminster Hall by his peers and found guilty. However he had not given up on the queen's mercy, Elizabeth had once given Essex a ring telling him if he ever returned it to her, whatever his crime, it would be forgiven. Essex removed the ring from his finger and leaning out of a window of the Devereux Tower, tossed it to a passing page. The boy gave the ring to Lady Nottingham, wife of Essex' enemy Lord Charles Howard, who, so the story goes, kept the ring to herself and never informed the queen until years later, when she was near death.

Essex had asked to be executed privately and accordingly, was beheaded on Tower Green on Ash Wednesday, 25 February 1601. He was aged thirty-four at the time of his execution and gained the distinction of becoming the last person to be beheaded within the Tower of London, he was beheaded at the same spot as Lady Jane Grey and Elizabeth's mother, Anne Boleyn had been. The first blow of the axe hit the Earl of Essex's shoulder and it was reported to have taken three strokes by the executioner Thomas Derrick to complete the execution.

The Salt Tower PreviousNext Recent History of the Tower