The Bell Tower is situated immediately adjoining the Queen's House. The tower was constructed to reinforce the defensive wall of the inner bailey and was built during the late twelfth century, making it the second oldest tower after the Norman White Tower and may have been built on the orders of King Richard the Lionheart (1189-99).

The Bell Tower derives its name from the small wooden turret situated on top of the tower which contains the Tower's 'curfew bell', used to inform prisoners given the liberty of the Tower that it was time to return to their quarters. Today it is sounded at 5.45pm each day, to warn visitors that the Tower is about to close.

Several famous prisoners were held in the Bell Tower during Tudor times, including Sir Thomas More, Bishop John Fisher and the Princess Elizabeth. More and Fisher were sent to the Tower by Henry VIII for their refusal to subscribe to the Act of Supremecy, which made the monarch Head of an English Church which was divorced from Rome. The situation had arisen through Henry's desire to divorce his first wife, Catherine of Aragon to enable him to marry Anne Boleyn. The Pope could not grant Henry the required annulment, as Catherine's nephew, Charles V, the powerful Holy Roman Emperor and King of Spain held him in his power. 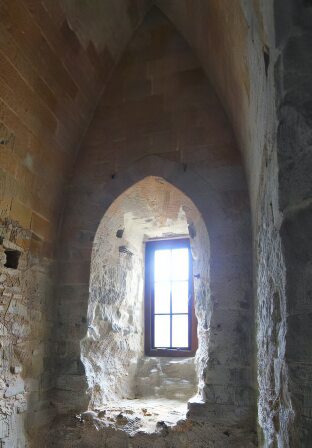 The brilliant Sir Thomas More King Henry VIII's Lord Chancellor and the author of Utopia, spent a period of incarceration in the Bell Tower. The staunchly Catholic More refused to take the Oath of Supremacy and swear allegiance to the King as Supreme Head of the Church in England for which on 17th April 1534, he was imprisoned in the Tower.

At first, More's imprisonment was not overly harsh. His family were allowed to bring drink and warm clothing, and his wife Alice and daughter, Margaret Roper, were allowed to visit him. However as More continued to refuse to be persuaded to sign the oath, the fire in his cell, then his food, warm clothing, books and writing implements were all removed. On 1st July 1535, More was tried at Westminster, charged with high treason and sentenced to death. More was executed on Tower Hill on 6th July 1535. He is buried in the nearby tower chapel of St. Peter ad Vincula. 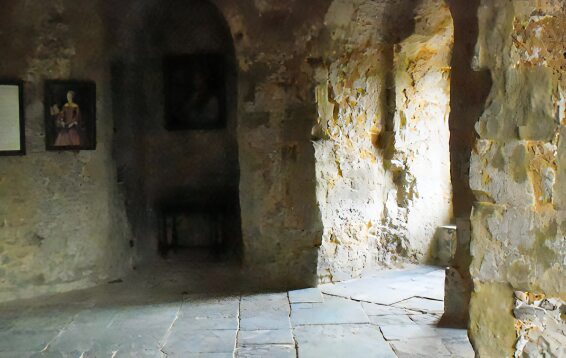 Imprisoned in the Tower on 16th April 1534, the Catholic martyr John Fisher, Bishop of Rochester, is believed to have been lodged in the Upper Bell Tower, directly above More's lodgings. 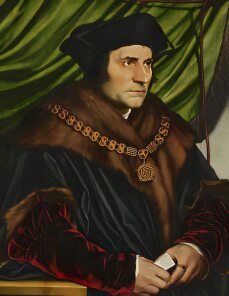 Fisher was the only English bishop who had refused to take the Oath of Supremacy, although captive in the same tower, they communicated using messages delivered by their servants. The Pope promised to create Fisher a cardinal, to which the enraged Henry famously declared that Fisher would have no head to wear his cardinal's hat on. Bishop Fisher's trial took place on 17th June, he was found guilty and executed on 22nd June 1535.

Princess Elizabeth (the future Elizabeth I) also suffered a term of imprisonment in the Bell Tower at the age of 21, during the reign of her elder sister Mary I. Suspected of underhand involvement in the Wyatt Rebellion, Elizabeth was arrested and taken to the Tower of London by boat, landing at Traitors Gate, the princess angrily proclaimed that she was no traitor. During a heavy downpour of rain, Elizabeth had no choice but to enter the Tower. She passed under the arch of the Bloody Tower where she may have seen, across the inner ward, the scaffold leftover from the execution of Lady Jane Grey, who was also implicated in Wyatt's Rebellion.

Possessed of a great deal of intelligence and fortitude and a born survivor, Elizabeth ensured nothing could be proved against her. She was allowed to take exercise by walking along the battlements which adjoined the Beauchamp and Bell Towers, which is still known as Elizabeth's Walk. Finding no evidence of Elizabeth's involvement in the plot, Mary was eventually prevailed upon to release her. Her confinement in the Tower, however, must have been a terrifying experience. The memory of her mother, Anne Boleyn's horrific fate must have loomed large before her.