Prince Henry was born on 31 March 1900, at York Cottage, on the Sandringham Estate. His parents were King George V and Queen Mary, his father was at the time of George's birth, Prince of Wales, son of King Edward VII and his Danish-born wife Queen Alexandra. His mother, who was then Princess of Wales was the daughter of Francis, Duke of Teck, a morganatic scion of the House of Wurttemberg who was of German and Hungarian descent and a distant descendant of Vlad Dracul. Queen Mary's mother, Mary Adelaide, Duchess of Teck, formerly Princess of Cambridge, was a granddaughter of King George III. At the time of his birth, Prince Henry was fifth in the line of succession to the throne.

The new arrival was baptised at the private chapel of Windsor Castle on 17 May 1900, he was given the names Henry William Frederick Albert but known in the family as 'Harry'. 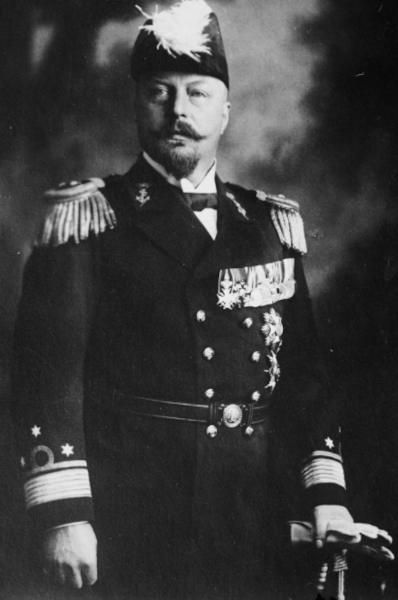 As a child, Henry experienced ill health, suffering similar complaints of his older brother Albert whom he much resembled. He also had knocked knees and had to wear painful leg splints. He was an extremely nervous socially awkward child, and in common with his brother suffered from a speech disorder.

Henry's father, George ascended to the throne as George V on the death of his father, Edward VII, On 6 May 1910. The new King was persuaded by Henry's tutor, Henry Hansell that it would be good for Henry's character to attend school, where he could interact with boys his age. The King agreed with the suggestion, Henry was sent to St Peter's Court in Broadstairs, where he spent the following three years. Academically, he was not very bright, although he did display ability in mathematics and sport. In September 1913, Henry moved to Eton College and later studied at Cambridge University for a year. On leaving Cambridge the Prince joined the Army. He attended the Royal Military College, Sandhurst, in 1919, and was commissioned a second lieutenant in the King's Royal Rifle Corps on 16 July 1919. He was later promoted to lieutenant in the 10th Royal Hussars. George V created him Duke of Gloucester, Earl of Ulster, and Baron Culloden, On 23 June 1936, he was appointed a personal aide-de-camp to his eldest brother, King Edward VIII. Following the abdication of his Edward VIII in 1936, Gloucester suspended his military career to share in royal and support the new king, George VI. He was finally appointed a Field Marshal in 1955 and a Marshal of the Royal Air Force in 1958.

Prince Henry proposed to Lady Alice Christabel Montagu Douglas Scott, John Montagu Douglas Scott, Earl of Dalkeith (later Duke of Buccleuch and Queensberry), and his wife, the former Lady Margaret Alice "Molly" Bridgeman, daughter of the 4th Earl of Bradford, Alice was a descendant of James Scott, Duke of Monmouth, the illegitimate son of Charles II and a major political figure during the years leading up to the Glorious Revolution. The couple were married on 6 November 1935 at the private chapel at Buckingham Palace.

Following his father's death, Henry purchased Barnwell Manor, a country house in Northamptonshire, with his inheritance. Barnwell had belonged to his wife Alice's ancestors.

The Duke of Gloucester was appointed Governor-General of Australia in 1944, he was sworn in at Canberra on 30th January. He and his wife, Alice, travelled widely in Australia using his plane during their time in office. The Duke left Australia in March 1947, after two years in office.

Prince Henry died on 10 June 1974 at the age of 74. He was the last surviving child of King George V and Queen Mary. He was buried in the Royal Burial Ground at Frogmore.

His second son, Prince Richard, inherited the title of Duke of Gloucester. His widow Alice lived on to reach the age of 102 until her death in 2004, to become the longest surviving member of the British royal family in history