Prince Charles, the eldest son of Queen Elizabeth II (then Princess Elizabeth of Edinburgh) and Philip, Duke of Edinburgh, the son of Prince Andrew of Greece and Denmark and Princess Alice of Battenberg, was born on 14 November 1948 at Buckingham Palace. He was christened Charles Philip Arthur George on 15 December 1948, in the Music Room at Buckingham Palace by Geoffrey Fisher, Archbishop of Canterbury. Arthur and George were two of the Christian names of his maternal grandfather, King George VI. The baby's official title was Prince Charles of Edinburgh.

Prince Charles as a child 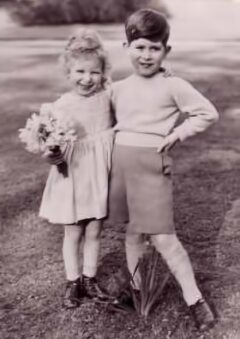 Charles' mother ascended the throne on the death of his grandfather George VI from lung cancer in 1952 and he attended her coronation where he was seated beside his grandmother, the Queen Mother and his aunt, Princess Margaret.

In accordance with established royal tradition, the young Charles was educated privately within palace walls by a governess until he was eight years old when he was sent to Hill House School in West London. Making him the first heir apparent in history to attend school. He was later sent to Cheam Preparatory School in Berkshire, following in the footsteps of his father. 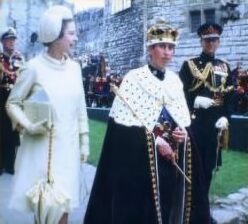 Charles was created Prince of Wales by his mother in 1958, his formal investiture with the title was delayed until he was older, taking place in July, 1969 at a lavish ceremony at Caernarfon Castle. A special crown was made for the occasion and Lord Snowdon, the husband of of his aunt, Princess Margaret, designed the modern perspex canopy over the dais.

Charles parents made the unusual choice of the spartan Gordonstoun School in northeast Scotland for their son's secondary education. It had been his father Prince Philip's old school. While it was an excellent choice for his thick-skinned and self-reliant father, it was a poor one for the much more sensitive Charles. It is true to say that his time there was utterly miserable and he was made a target for bullies. His grandmother, the Queen Mother, to whom he was very close, provided her profoundly unhappy grandson with much-needed support but could not contradict the wishes of his parents.

Within his family circle, Charles had a very close relationship with his paternal great-uncle, Louis, Earl Mountbatten of Burma, born Prince Louis of Battenberg, but known simply as Uncle Dickie in the family. Mountbatten was a great-grandson of Queen Victoria, being the son of Princess Victoria of Hesse, daughter of Princess Alice of Great Britain and Louis, Prince of Battenberg.

Mountbatten was to take on the role of mentor to his great-nephew, giving him both support, friendship and much advice. Charles was to refer to Mountbatten as his honorary grandfather and was devastated when in 1980, he was assassinated by the IRA while on a family holiday in Ireland. Mountbatten's young grandson and Lady Brabourne were also killed when the bomb exploded on his boat.

In 1966, Charles spent two terms at Geelong Grammar School in Victoria, Australia and was said to have thoroughly enjoyed his stay there. He then returned to the much-despised Gordonstoun, which he left with 2 A levels in History and French.

He further graduated from Trinity College, Cambridge with a degree in Archaeology and Anthropology and also attended the University College of Wales at Aberystwyth, where he studied the Welsh language, making him the first English Prince of Wales to make a serious attempt to do so.

Following long-established royal tradition, on completing his education, Charles joined the royal navy, commanding the minehunter, HMS Bronington. He was popular amongst the crew for his lavatorial sense of humour. The TV show, the Goons, featuring Spike Milligan, was a great favourite of the Prince. He was later to form a close friendship with the comedian, the pair often exchanged jokes. 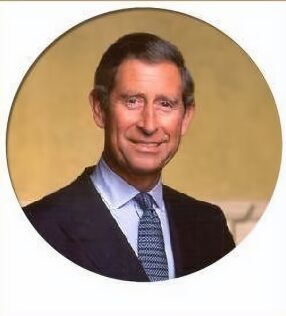 Charles Prince of Wales love life was, from the start, the inevitable subject of intense media interest and speculation. He was linked to a succession of glamourous young women, Lady Jane Wellesley, the daughter of the Duke of Wellington, Camilla Shand (later to marry Andrew Parker-Bowles), who was considered unsuitable because she had a past and Davina Sheffield, a very attractive blonde, who unfortunately also had a past.

Having imprudently stated that he thought thirty a good age to marry, Charles inadvertently brought upon himself the heightened press interest in his romantic attachments in his early thirties. He had many publicised relationships with Sabrina Guinness, of the brewing family, Lady Tryon, the wife of an Australian peer and the fiery and flame-haired Lady Sarah Spencer, the elder sister of his future wife, Diana.

When Sarah battled with the slimming illness Anorexia Nervosa, Charles was supportive but the relationship was called off when Sarah tritely announced to the press that she did not love Charles. His relationship with Mrs Camilla Parker-Bowles was to continue after her marriage to Andrew Parker-Bowles.

The Prince later formed a relationship with the equally fiery Anna 'Whiplash' Wallace, the daughter of a Scottish landowner. Rumours of a possible engagement arose when their friendship came to an abrupt end. Anna, true to character, stormed from a birthday party given for the Queen Mother, understandably incensed that Charles had danced all evening with his old flame, Mrs Parker-Bowles, she was reported to have shouted at him furiously "Nobody treats

The Prince started taking an interest in the teenage Lady Diana Spencer, then a nursery school assistant. Diana was extremely pretty, aristocratic, Protestant and a virgin and therefore was eminently suitable in the eyes of Charles' family, being possessing all the qualities required for a future Queen Consort. Her grandmother, Ruth, Lady Fermoy, was Lady of the Bedchamber and a close friend of the Queen Mother and the Spencer family had a history of service to the crown, Diana's father had been equerry to the Queen. It has been said that the two family matriarchs jointly played cupid.

Urged on by his impatient father and under huge pressure from the press, Charles finally proposed marriage. In a pre-wedding interview, when asked if they were in love, Diana answered with mock reprobation "of course", while Charles made his famous and telling reply, "Whatever love is". The couple were married at St. Paul's Cathedral on 29 July 1981, in a televised ceremony, which provided the nation with all the pomp and pageantry expected of a royal wedding. 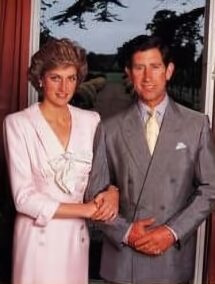 Their stormy union produced two sons, Prince William, born on 21 June, 1982 and Prince Henry, known as Harry, on 15 September, 1984. The much needed heir and spare to the throne. The couple were ill matched from the start, Diana, an insecure young woman, desperately needed reassurance and attention as she struggled to adjust to her bewildering new role in the royal spotlight.

Charles, though concerned about her problems, did not know how to cope with them and remained emotionally attached to his supportive long term mistress, Mrs Parker-Bowles. Diana, suffering from the slimming illness, bulimia, harboured a smouldering resentment of Camilla's place in her husband's affections and the lack of support she felt she received exacerbated her illness and depression.

Both parties in the marriage indulged in extramarital affairs. Andrew Morton's book 'Diana Her True Story', exposed to the public the true and shocking state of affairs within the royal marriage. Charles was convinced of Diana's underhand involvement in the production of the book, which leads to their further estrangement.

Following an official separation, highlighted by mounting media interest, the 'War of the Waleses' escalated to such a degree, that the Queen, concerned that their point-scoring was damaging the image of the monarchy and was distressing for their two young sons, urged the couple to divorce. They were granted a decree nisi on 28 August 1996. 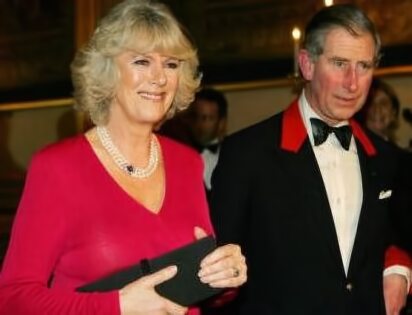 Following Diana's tragic death in August 1997, Camilla Parker-Bowles, having divorced her husband, kept a low profile but gradually emerged as Charles' official partner and much effort was made in the field of public relations to slowly bring the people, among whom she was generally unpopular for her perceived role in the break up of Charles marriage to the hugely popular Diana, to accept her.

Following a period of cohabitation, Charles and Camilla were married in a civil ceremony at the Guildhall, Windsor, on 9th April 2005. Their marriage later received a church blessing at St. George's Chapel, Windsor, which was attended by the Queen and the Duke of Edinburgh.

Charles has in the past expressed a wish to reign as George VII, his last Christian name and to be known as Defender of Faith, in a modern multi-cultured Britain, rather than the traditional Defender of the Faith, a title that dates from the Reformation.