Henry I's nephew, Stephen of Blois, was the son of William the Conqueror's youngest daughter Adela and her husband Stephen, Count of Blois. Stephen's father had been killed at the battle of Ramlah, while on Crusade and in his youth, Stephen had been sent to England by his mother, being only her third son, it was hoped he would make his fortune at his uncle's court. An affable, mild-mannered and handsome young man, he incited Henry's favour, who knighted him after the Battle of Tinchebray. 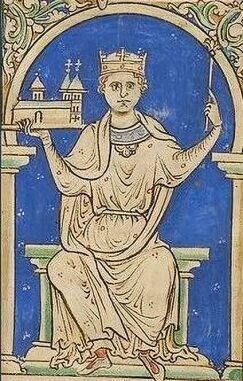 Matilda the Empress, the only surviving legitimate child of Henry I, had been named her father's heir and prior to his death, the barons had sworn an oath of fealty to her as such. Stephen was among those who had sworn fealty to his cousin. who had was in France at the time of her father Henry I's death and in her absence Stephen promptly seized the throne for himself. The barons, disliking the idea of having a woman ruling over them, accepted the status quo and Stephen was duly crowned King of England on 22nd December 1135. Stephen had a strong supporter in his loyal wife Matilda of Boulogne, the daughter of Eustace III, Count of Boulogne, and his wife Mary of Scotland, daughter of King Malcolm III of Scotland and Saint Margaret. Queen Matilda was the maternal cousin of Empress Matilda.

David I, King of Scots supported the claims of his niece the Empress Matilda, the daughter of his sister, Edith of Scotland, who had married Henry I in 1100, against those of his other niece Matilda of Boulogne (daughter of Mary of Scotland and Eustace, Count of Boulogne) who was the wife of King Stephen. David invaded northern England twice in 1138, and on both occasions he was repulsed by the armies of Stephen. In 1136, David had secured Cumberland. The following year, he agreed to a truce with Stephen after a brief campaign. That November, with expiry of the truce, David demanded the whole of Northumberland, which Stephen promptly refused to grant. In the summer of 1138 he invaded England for a third time. David's army was defeated by an English force led by William, Count of Aumale at the Battle of the Standard, fought on 22 August 1138 on Cowton Moor near Northallerton in Yorkshire. 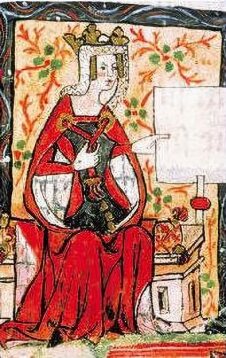 King Stephen was altogether of a different character than was usual in his family. The very antithesis of his uncle, Henry I and his grandfather William the Conqueror. According to contemporary chroniclers, he had an attractive personality and was good-natured and courteous, he was also lacking in resolution, weak-willed, did not enforce law and order and anarchy was the inevitable result. The lords recognised these weaknesses and exploited them to their own advantage. Robber barons became a law unto themselves and built unlicensed castles from which they terrorised the populace.

Matilda, incensed at what she saw as Stephen's betrayal, was pregnant with her third child, William, at the time of her father's death and therefore her reaction was ultimately delayed. She did eventually invade England in 1139 and was ably supported by her illegitimate half-brother Robert of Earl Gloucester. There followed a long period during which the country was rent apart by civil war. Normandy was eventually taken by Matilda's husband, Geoffrey, Count of Anjou, but conflict in England was to remain a long and drawn out bitter struggle between the two opposing factions.

King Stephen was captured by Robert of Gloucester at the Battle of Lincoln in February 1141 and imprisoned in chains by the exultant Matilda, who was then recognised as Queen. She managed to turn the tables on herself by deeply offending the Londoners by her arrogance and pride, so much did she succeed in inflaming public opinion that she was expelled from the city by an angry mob.

The fickle wheel of fortune turned once more when Robert of Gloucester was captured by Stephen's Queen, also Matilda, at the Rout of Winchester. An exchange of prisoners was finally agreed upon, with no side gaining the upper hand. Matilda herself was very nearly captured while being besieged by Stephen at Oxford but made a daring escape across the frozen river camouflaged in a white cloak. 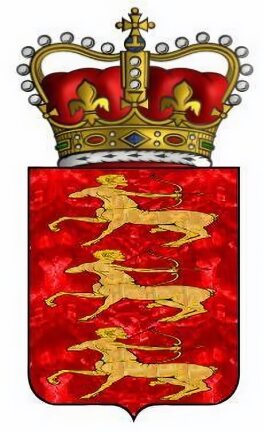 Her young son, Henry was summoned to England in the hope that his presence would breathe new life into his mother's cause. Finally, Matilda reluctantly returned to Normandy in 1148. Stephen's Queen, Matilda of Boulogne, died in 1152. The struggle with Stephen for the crown of England was taken up by the Empress' son, Henry Plantagenet, known at the time as Henry Fitz Empress.

On a second expedition into England, by the young Henry of Normandy in 1153, a compromise was reached in the Treaty of Wallingford. By its terms, Stephen was to retain the crown for the remainder of his lifetime, whereupon it would revert to Henry and his heirs. Stephen's son, Eustace, was disinherited and died shortly after.

King Stephen died in 1154, of apoplexy, or stroke at the age of fifty-one and was succeeded by Henry II, the first of the great Plantagenet dynasty. The Anglo-Saxon Chronicle records the sufferings of the ordinary people during Stephen's 19-year reign:- 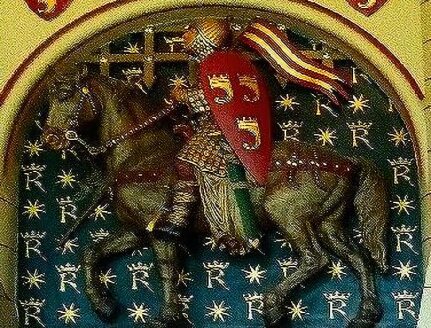 'In the days of this King, there was nothing but strife, evil and robbery, for quickly the great men who were traitors rose against him. When the traitors saw that Stephen was a mild good humoured man who inflicted no punishment, then they committed all manner of horrible crimes. they had done him homage and sworn oaths of fealty to him, but not one of their oaths was kept. They were all forsworn and their oaths broken. For every great man built him castles and held them against the king; they sorely burdened the unhappy people of the country with forced labour on the castles, and when the castles were built they filled them with devils and wicked men. By night and by day they seized those they believed to have any wealth, whether they were men or women; and in order to get their gold or silver, they put them into prison and tortured them with unspeakable tortures, for never were martyrs tortured as they were. They hung them up by the feet and smoked them with foul smoke. They strung them up by the thumbs, or by the head, and hung coats of mail on their feet. They tied knotted cords around their heads and twisted them until it entered the brain. they put them in dungeons wherein were adders and snakes and toads and so destroyed them. Many thousands starved to death.

I know not how to, nor am I able to tell of, all the atrocities nor all the cruelties which they wrought upon the unhappy people of this country. It lasted throughout the nineteen years that Stephen was king, and always grew worse and worse. Never did a country endure greater misery, and never did the heathen act more vilely than they did.

And so it lasted for nineteen long years while Stephen was King, till the land was all undone and darkened with such deeds and men said openly that Christ and his saints slept.'

Stephen's younger son, William of Boulogne, Earl of Surrey, through his marriage to Isabella de Warenne, was allowed to keep his earldom by the new King Henry II. The late King's daughter, Mary of Boulogne, had been placed in a convent by her parents at an early age. On the death of her childless brother William in 1159, Mary was forced to leave her convent by Henry II, and married against her will to Matthew of Alsace.

The marriage produced two daughters, Ida and Matilda, granddaughters of King Stephen, the former was married to Henry, Duke of Brabant. In 1169 Mary re-entered a convent at St. Austrebert, Montreuil, France, she died there in 1182. Her eldest daughter, Stephen's granddaughter, Ida, eventually inherited the title Countess of Boulogne.

The family of King Stephen

Stephen made an advantageous marriage to Matilda, daughter and heiress of Eustace of Boulogne and Mary of Scotland, the daughter of Malcolm III, King of Scots, and the Anglo-Saxon St. Margaret (and maternal first cousin to the Empress Matilda, who was the daughter of Mary's sister, Matilda or Edith of Scotland). Through this marriage, he acquired the title, Count of Boulogne. The couple were to produce three children:-