The Battle of Culloden

Culloden Moor is a bleak, treeless, desolate and windswept stretch of ground, lying five miles southeast of Inverness. Due to the number of cannon the government army possessed, the open battleground was extremely ill-chosen. The Jacobite army was in very poor condition, exhausted, hungry and mass desertions had occurred within its disheartened ranks, to add to its troubles, poor planning had resulted in its food supplies being left behind at Inverness 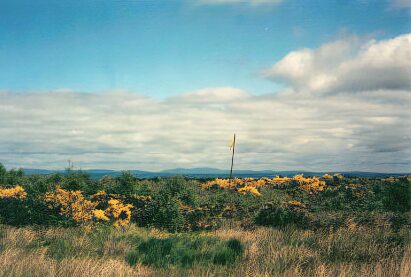 Cumberland's army lay encamped twelve miles away at Nairn. Charles envisioned a plan to attack by dead of night since the same tactics had been deployed with great success at Preston pans. The advance on Cumberland's camp proceeded at dusk. After an exhausting nine-mile trek the desperately hungry Highlanders realised that they could not reach the enemy lines before dawn and returned wearily to Culloden Moor.

The Highland army, consisting of no more than five thousand men, faced a formidable and well-trained government army numbering around nine thousand troops. The battle, which outcome was imminent, commenced at one o'clock in the afternoon, when Cumberland's army discharged their cannon on the Jacobite lines. The air was thick with black smoke and the smell of gunpowder filled the nostrils. The ground beneath men's feet shook with each repeated cannon blast, the Highlanders began to fall in their hundreds. Charles was twice narrowly missed and was moved to a hillock at the back of his army for his greater safety. It must have seemed as if even the elements themselves favoured the Hanoverians when a fierce hailstorm began, which blew in the faces of Charles' army, obscuring sight of the enemy and stinging their faces, creating further handicaps for them.

The Highlanders stood their ground courageously but suicidally against the murderous barrage of Hanoverian cannon fire. Cumberland's guns then began to discharge grapeshot, leaden balls, nails and pieces of old iron. When they could endure no more, the Highlanders charged frenziedly against the enemy, loudly and angrily shouting " Death or life". Waiting until they were within twenty paces, the well-trained government infantry opened fire. The Highlanders regrouped and mounted a second valiant but hopeless charge.

Jacobite casualties were appalling, estimates place the total Jacobite dead as was well over 1,000. Their bodies lay in heaps, which littered the desolate battlefield, many of the clan chiefs were amongst them. Realising that further resistance was pointless, the remnant of the Highland army fled the field.

Charles himself, having made an unsuccessful attempt to rally what was left of his decimated army, was led from the field. Murray, who had regrouped his men in some sort of order, marched them off with dignity to the sound of bagpipes. Cumberland's cavalry pursued the remainder of the fleeing Jacobites, killing any wounded they came across, no quarter was given. Some of the severely wounded clansmen crawled to a small pool on the battlefield, later ominously termed the Well of the Dead, to drink from its muddied waters. Here they were slaughtered without mercy by the government army. The pool itself became thick with the corpses and ran red with blood.

Butcher Cumberland's soldiers went on to kill indiscriminately any Highlanders they encountered on the route to Inverness, regardless of whether they had been involved in the battle, gender or age.

The government forces celebrated their victory in rum that evening in Inverness, while as dusk fell on bleak Culloden Moor, an awful spectacle was played out, the smell of death caught up in the merciless wind, while the low moan of the dying mingled in lamentful chorus with the shrill weeping of women as they roamed the battlefield searching for their menfolk, husbands, fathers, sons and sweethearts, who would now never return home, amongst the multitude of corpses of the dead.

THE AFTERMATH OF THE '45

Charles reported to be distressed and badly shaken at the revelation that his Highlanders were not invincible finally dawned, sent a message for his men to disperse and for each to look after himself. Murray, disgusted with his conduct, sent him a letter, which blamed the disaster on his foolish refusal to listen to advice, for which Charles was never to forgive him.

On the run with a price of £30,000 on his head, the Highland loyalty to their Prince nevertheless prevailed, and despite appalling poverty and deprivation, none betrayed him. Charles at one time resorted to dressing himself as a woman to evade capture, "Betty Burke" played the part of Flora McDonald's maid. Flora was later to find herself in the Tower of London for the part she played in the escapade. At times Charles was forced to travel barefoot, often infested with fleas.

On 15th September, after five months of roaming the Highlands, Charles heard news that two French frigates had anchored at Loch nan Uamh, which he hastily boarded with Lochiel and others of his followers. They were carried to the safety of France. He was never to return to Scotland again.

Charles managed to overstay his diplomatic welcome at the French court. France signed a peace treaty with Britain, and now an embarrassment, he was politely asked to leave the country but refused to comply. He was then arrested, thrust into a coach in an undignified manner and forcibly taken to the Swiss border where he was unceremoniously dumped.

After his return from Scotland, Charles took a series of mistresses. His liaison with Clementina Walkinshaw, of a Scots Jacobite family, resulted in the birth of a daughter, christened Charlotte, who was born at Liege in October 1753. As a result of his heavy drinking and violence toward her, Clementina was forced to flee from her lover, taking her child with her. Charles' father James was later to pay her an allowance for the upkeep of herself and her daughter and for Charlotte's education in a Catholic convent. 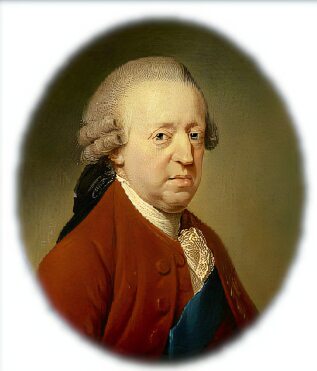 After many years of aimlessly drifting about Europe, Charles returned to Rome on the death of his father in 1766, proclaiming himself King Charles III. In 1772, a marriage was arranged with the German Princess Louise of Stolberg-Gedern. She was a lively young woman of nineteen, Charles was then aged fifty-two, an ageing and bitter alcoholic. There were to be no children of the marriage and after experiencing violence toward her, Louise was later to leave him for her Italian lover, Alfieri.

Toward the end of his life, Charles underwent a reconciliation with his illegitimate and only child Charlotte Stuart. She endeavoured to take care of him and limited his drinking. He created her Duchess of Albany in her own right and signed an act of legitimation. Charles was never to know that his daughter had three illegitimate children, sired by Prince Ferdinand de Rohan, Archbishop of Cambrai, who were left in the care of her mother, Clementina Walkinshaw.

Just after his sixty-seventh birthday in December 1785, Charles suffered a stroke that left one side of his body paralyzed. He died on 31st January 1786. His brother Henry, Cardinal York, provided a magnificent funeral. He was first buried in the Frascati Cathedral, where his brother Henry was bishop.

At Henry's death in 1807, Charles's remains were transferred to the crypt of Saint Peter's Basilica in the Vatican where they were laid to rest beside those of his brother and his father. His mother Clementina Sobieski is also buried in Saint Peter's Basilica. When the body of Charles Edward Stuart was moved to Saint Peter's Basilica, his heart was left in Frascati Cathedral, in a small urn, placed beneath the floor below the funerary monument. The Jacobite claim to Britain's throne descended to his brother Henry, Cardinal York.

Charlotte Stuart died of cancer of the liver on 17 November 1789, at Bologna. The secret of the existence of her three illegitimate children by Prince Ferdinand de Rohan was only unearthed in the mid-twentieth century.

Three children were born as a result of this illicit union, Charles Edward, Count Roehenstart, born in 1784 in Paris, was the youngest of these.

Charles Edward was to travel widely, in 1812 he went to the USA and in 1816 to Scotland. He was killed in a coaching accident near Dunkeld on 28 October 1854 and was buried at Dunkeld Cathedral, where his grave can be seen. Although he married twice, he left no issue.

The elder of Charlotte's two daughters, Aglae Charlotte, born around 1778, died young. The younger, Marie Victoire, disappeared from the pages of history. In 2001, Peter Pininski, a Polish aristocrat, published his book The Stuart's Last Secret, in which he stated that his research had revealed that Marie Victoire de Roehenstart, demoiselle de Thorigny, actually married several times and left a son, Antime, from whom he himself is descended.

More on Charlotte Stuart and her children

The Battle of Clifton Moor