John Beaufort was the second son of John Beaufort, 1st Earl of Somerset and Margaret Holland. His father was the illegitimate son of John of Gaunt, Duke of Lancaster, (the third surviving son of King Edward III) and Katherine Swynford. His maternal grandparents were Thomas Holland, 2nd Earl of Kent (the son of Joan, Fair Maid of Kent) and Alice FitzAlan. Alice was a daughter of Richard FitzAlan, 10th Earl of Arundel and Eleanor of Lancaster. Through Joan of Kent, Beaufort descended from Edward I and his second wife, Margaret of France. John Beaufort, 1st Duke of Somerset 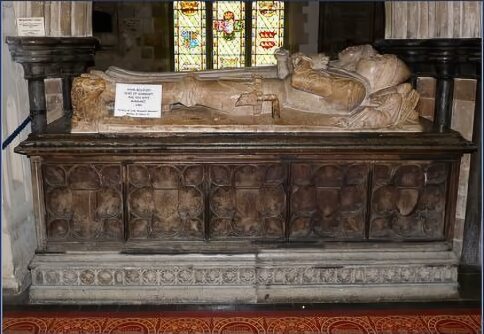 John was baptised on 25 March 1404, he succeeded his eldest brother, Henry Beaufort, 2nd Earl of Somerset as the 3rd Earl of Somerset in 1418. He was also created 1st Earl of Kendal. At the age of fifteen, Beaufort fought in his cousin Henry V's 1419 French campaign.

He served in the Hundred Years War in France again in 1421 when he accompanied the King's brother Thomas, Duke of Clarence to Anjou. Somerset and his younger brother were taken prisoner at the Battle of Baugé where the Duke of Clarence was killed. On 21st March 1421, an English army numbering approximately 3,000 men was resting near the small town of Baugé, to the east of Angers, where on Easter Saturday they were engaged by a larger Franco-Scots army commanded by the Earl of Buchan and the Constable of France, the Sieur de Lafayette. When the Franco-Scots army arrived at Vieil- Baugé, the unsuspecting English forces were dispersed and unprepared, many of the archers had gone in search of forage. Since the following day was Easter Sunday, on which battle could not be fought, the Duke of Clarence decided to launch an attack without delay. In the ensueing engagement known as the Battle of Baugé fought on 22 March, 1421, Thomas launched a rash uphill charge on the combined Franco-Scottish forces.

Although his brother Thomas was released in 1427, John Beaufort spent thirteen long years as a prisoner of the French, during which time his mother had to administer his estates. Finally, in 1438, he was released after being ransomed. During this time King Henry V had died of dysentery while on campaign in France and had been succeeded by his infant son Henry VI. 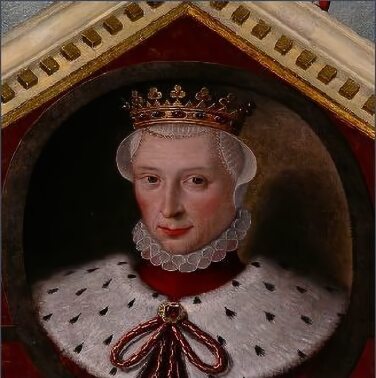 In 1439 Beaufort married the widowed Margaret Beauchamp, born around 1410, Margaret was the daughter of Sir John Beauchamp, de jure 3rd Baron Beauchamp of Bletsoe, Bedfordshire, and his second wife, Edith Stourton, daughter of Sir John Stourton of Stourton, Wiltshire. In 1421 she was heiress to her only brother, John Beauchamp, who died young and unmarried, from whom she inherited the manors of Lydiard Tregoze in Wiltshire, Ashmore in Dorset, and Bletsoe and Keysoe in Bedfordshire. The marriage produced one child, Lady Margaret Beaufort, (1443-1509). The Duke of Somerset also fathered two illegitimate children, Thomasine Beaufort (b. circa 1434) and John of Somerset (b. 1444)

In 1443 John Beaufort was created Duke of Somerset and returned to France with his younger brother Edmund. Somerset, he was appointed Captain-General of Guyenne in 1443. However he proved to be a poor general and presided over a period during which England lost much of the great Henry V's conquests in France.

Somerset was appointed Admiral of the Sea whilst Lord Talbot, a veteran of Henry V's campaigns and a formidable thorn in the side of the French, commanded the land army. Talbot laid siege to the town of Harfleur from August 1440, King Charles VII of France retaliated by sending a large army to the aid of Harfleur under the command of Arthur de Richemont. The English set about digging a double ditch rampart, while Somerset prevented a French landing by sea. The French finally withdrew to Paris, following which Harfleur surrendered to the English forces.

A strong rivalry developed between Somerset and Richard Duke of York, one of the richest magnates in the land, York was furious when Beaufort's uncle Cardinal Henry Beaufort advised that the King should sue for peace. The Duke of York landed in Normandy in 1441 to conduct a campaign, and Pontoise fell to the French in September 1441. 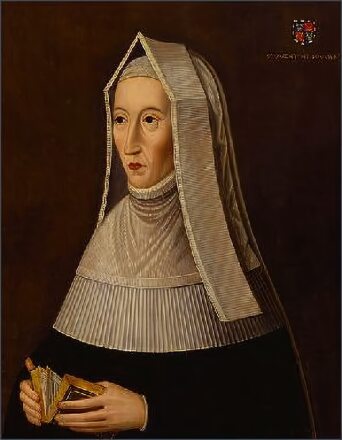 The Duke of York was informed that a large army had been sent under the command of the Duke of Somerset to relieve Gascony. York received orders to fortify Rouen; just as King Charles VII and the Dauphin Louis were threatening Bordeaux and Aquitaine and seized Dax. Somerset, a poor general, was indecisive. Meanwhile, in 1440, the Duke of York was appointed Lieutenant of all France, taking on the role previously occupied by John, Duke of Bedford, the brother of Henry V.

Meanwhile, the negotiations Somerset had commenced as Captain-General of Calais had not met with success, this resulted in York turning against his relations the Beauforts and resulted in much ill-feeling on York's part, who was denied the required resources to maintain the borders of Normandy.

In August 1443, Somerset led a large force of men to Cherbourg, and continued southwards to Gascony, however at the time he was unwell. He marched into Guerche, a Breton town with which England had signed a Peace Treaty. He returned to England in disgrace later that year.

Somerset's death in 1444 at the age of forty was thought by many to have been suicide, through being unable to cope with the disgrace of his failure and banishment. Ingulph's Chronicle of the Abbey of Croyland records- "The business on which he had crossed over, being settled in a short time, the duke returned amid much pomp to England; but being accused of treason there, was forbidden to appear in the king's presence. The noble heart of a man of such high rank upon his hearing this most unhappy news, was moved to extreme indignation; and being unable to bear the stain of so great a disgrace, he accelerated his death by putting an end to his existence, it is generally said ..."

He was buried at Wimborne Minster, in Dorset and his title was inherited by his only surviving brother Edmund Beaufort. After her husband's death, Margaret Holland married for a third time to Lionel, 6th Baron Welles and had two further children. Baron Welles was killed at the Battle of Towton. John Beaufort's daughter, Margaret Beaufort would later marry Henry VI's half brother Edmund Tudor and became the mother of England's first Tudor king, Henry VII.

The Ancestry of John Beaufort, Duke of Somerset