Edmund Crouchback was born in London on 16 January, 1245, he was the second son of King Henry III and Eleanor of Provence, daughter of Raymond Berenguer IV, Count of Provence and Beatrice of Savoy.

Due to Pope Innocent IV's conflict with the Holy Roman Emperor, who held Sicily, in 1253, he invested Edmund, then aged eight, as the ruler of the Kingdom of Sicily and Apulia, but he never took possession of the kingdom. 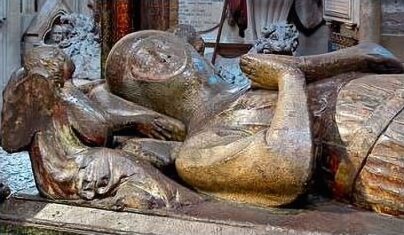 After the defeat and death of Simon de Montfort, 6th Earl of Leicester at the Battle of Evesham in 1265, Edmund's father created him Earl of Leicester and Lancaster. He was further granted the lordship of Builth Wells, a title taken from Llywelyn the Last of Gwynedd. He was also given his elder brother's lordships of the Trilateral of Skenfrith, Grosmont and White Castle together with Monmouth.

Edmund's mother, Queen Eleanor, arranged his marriage to the wealthy heiress Aveline de Forz, Countess of Aumale and Lady of Holderness. Aveline was the daughter of William de Forz, 4th Earl of Albemarle and Isabella de Fortibus, Countess of Devon. On her mother's side, she was heiress presumptive to the Earldom of Devon and the Lordship of the Isle of Wight. The marriage took place on 8 April 1269 at Westminster Abbey, Edmund and Aveline were the first royal couple to be married there. The bride was just ten years old at the time, the groom twenty-four. The marriage was not consummated until Aveline reached fourteen. She died at Stockwell in Surrey, four years after the marriage, at the age of fifteen, according to some sources she may have died in childbirth or shortly after a miscarriage. Aveline was buried at

In 1271 Edmund participated in the Ninth Crusade, the last major medieval Crusade to the Holy Land, along with his older brother, then known as Lord Edward. It has been argued that he received the nickname Crouchback (meaning "cross back"), not, as was afterwards supposed, from a personal deformity, but because he was entitled to wear a cross-stitched into the back of his clothing. Their father died in England in the brother's absence and accordingly, on their return to England, Edward was crowned King Edward I at Westminster on 19 August 1274. Edmund served his brother faithfully, participating in his wars in Scotland and Wales.

He married for a second time in Paris, on 3 February 1276 to Blanche of Artois, the widow of Henry I, King of Navarre, Count of Champagne and Brie, who had died the same year as Aveline de Forz. Blanche was the daughter of Count Robert I of Artois and Matilda of Brabant and a granddaughter of King Louis VIII of France, and had ruled Navarre after the death of her first husband in 1274, as Queen Regent of Navarre in right of their daughter, Joan of Navarre. The couple had three sons:- 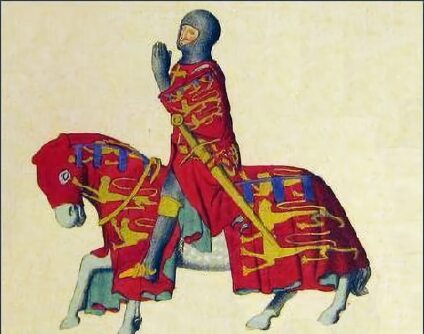 (i) Henry of Grosmont, 1st Duke of Lancaster (circa 1310 – 1361) m. Isabella, daughter of Henry, Lord Beaumont, they became the parents of Blanche of Lancaster, the wife of John of Gaunt, 3rd surviving son of Edward III. 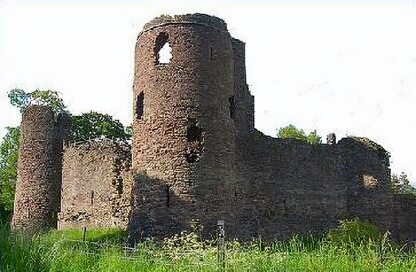 Edmund made Grosmont Castle in Monmouthshire, which had been granted to him by his father in 1267, his favourite home and undertook much rebuilding there. He converted the fortress into rooms suitable for his household and demolished the D- shaped towers, adding further accommodation and constructed the great chimney at Grosmont. His grandson, Henry, Duke of Lancaster was born at the castle in around 1300. He also renovated the church at Grosmont in honour of his mother.

The court of King Philip IV of France pronounced that King Edward I had forfeited Gascony, one of the only French territories that were retained by the English crown. Edmund renounced his homage to Philip and returned to England along with his wife and family. His brother Edward appointed him lieutenant of Gascony. Edward who was marching to Scotland with his troops when he heard the news, dispatched Edmund and the Earl of Lincoln to France, with a large body of troops. They besieged Bordeaux, but were unable to take the city and lost many men due to sickness.

Edmund of Lancaster died at the age of fifty-one, on 5 June 1296 in Bayonne, during the siege of Bordeaux. His body remained in France six months before being returned to England when it was interred at Westminster Abbey on 24 March 1301, where his recumbent effigy, can still be seen, next to the tomb of his brother Edward I. The tomb depicts his head resting on a pillow supported by angels in a similar style to that of his first wife, Aveline de Forz and has a three gabled canopy. On the base of his tomb are the remains of a painting depicting ten knights in mail armour and surcoats, although only a few can now be discerned.

He was succeeded as Earl of Lancaster by his eldest son, Thomas. His widow, Blanche of Artois lived on until 2 May 1302, she was buried at the convent of the Minoresses without Aldgate, which her husband had founded in 1293.