Sophia, Princess Palatine of the Rhine, was the twelfth child of Frederick V, Elector Palatine, 'the Winter King of Bohemia' and Elizabeth Stuart, the only surviving daughter of King James VI and I. She was born on 14 October 1630 in The Wassenaer Hof, The Hague, where her parents were in exile during the Thirty Years War. 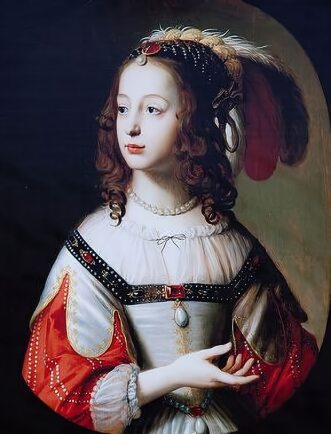 Sophia was first courted by her cousin, King Charles II, but this came to nothing. At the age of 27, Sophia was married to the German Ernest Augustus, Elector of Brunswick-Lüneburg, the marriage took place on 30 September 1658 at Heidelberg. Ernest Augustus was a second cousin of Sophia's mother Elizabeth, as they were both great-grandchildren of Christian III of Denmark. The marriage produced several children:-

(3) Maximilian William of Brunswick-Lüneburg (1666-1726), field marshal in the Imperial Army

(5) Charles Philip of Brunswick-Lüneburg (1669-90), colonel in the Imperial Army

(8) Ernest Augustus of Brunswick-Lüneburg, Duke of York and Albany (1674-1728), Prince-bishop of Osnabrück 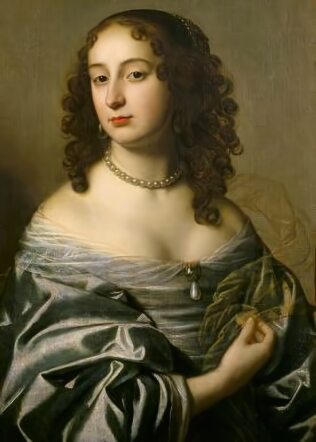 In 1692 Ernest Augustus became the first Elector of Hanover. An English visitor to Hanover described Sophia as "a woman of incomparable knowledge in divinity, philosophy, history and the subjects of all sorts of books", she was also a lady of shrewd common sense and an even temperament. She befriended the philosopher Gottfried Leibniz while he was a librarian at the Court of Hanover. This friendship resulted in a substantial correspondence, first published in the nineteenth century, it reveals Sophia to have been a woman of exceptional intellectual ability and curiosity. She was well-read in the works of René Descartes and Baruch Spinoza. Together with Ernst Augustus, she greatly improved the Summer Palace of Herrenhausen and she was the guiding spirit in the creation of the gardens surrounding the palace.

The year 1700 saw the death of Prince William of Denmark and Norway, King William III's nephew and son of the future Queen Anne, heir to the English throne. In September of that year, Sophia met her cousin, King William III at Loo. William III was reluctant to remarry, and the inclusion of Sophia in the British line of succession was an emerging possibility.

The following year, to ensure a Protestant succession, Parliament passed the Act of Settlement of 1701 declaring that, in the default of legitimate issue from Anne or William III, the crowns were to settle upon "the most excellent princess Sophia, electress and duchess-dowager of Hanover" and "the heirs of her body, being Protestant". Sophia, then aged 70 and the nearest Protestant descendant of James I was made heiress presumptive by parliament in opposition to the claim of the Catholic James Francis Edward Stuart, the only legitimate son of the exiled King James II & VII, as well as denying the throne to many other Roman Catholics who held a superior hereditary right.

Several attempts were made to bring Sophia to England in order to enable her to immediately assume the government in the event of Anne's death. Sophia herself was eager to move to London, but the proposal was staunchly denied by her cousin Queen Anne, who was strongly opposed to a rival court in her kingdom.

Sophia of Hanover, who claimed her dearest wish was to have Sophia, Queen of Great Britain engraved on her tombstone, narrowly missed her life's ambition, In June 1714, while she was walking in the gardens of Herrenhausen, was caught in a sudden downpour and ran to shelter, when she suffered a stroke and died, aged 83-a very advanced age for the time. She was buried at the Berggarten Mausoleum at Schloss Herrenhausen. Queen Anne died a few weeks later at the age of 49.

Upon Anne's death, Sophia's eldest son Elector George Louis of Brunswick-Lüneburg (1660-1727) succeeded to the throne as King George I.