The House of Bruce 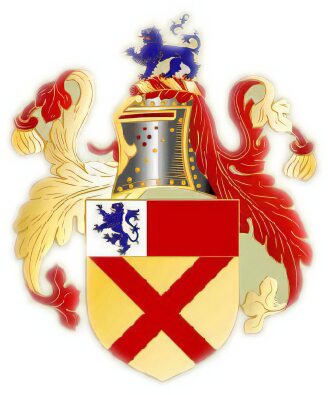 The House of Dunkeld ended when Alexander III inadvertently tumbled over a cliff in the darkness and was followed to the grave shortly after by his young granddaughter and heiress, Margaret the 'Maid of Norway'. King Edward I of England's overbearing attempts to rule Scotland through a puppet king, John Balliol, resulted in the Scottish Wars of Independence, which saw the meteoric rise from obscurity of Scotland's most famous son, William Wallace.

The Bruce's derived their claim to the throne of Scotland through their descent from Isabel, the second daughter of David Earl of Huntingdon (grandson of David I) who married Robert de Brus, 3rd Lord of Annandale. The Bruce family in the male line was not of native Scots origin but had its roots in Normandy, a Robert de Brus had come over to England with the army of William the Conqueror. William had rewarded De Brus by granting him lands in Yorkshire but the family had added to this inheritance by acquiring considerable lands in Huntingdonshire and in Annandale, Scotland. Robert's mother's family was of Scots Gaelic descent.

Robert de Brus, 5th Lord of Annandale (circa 1210 - 1295), was a leading competitor for the Scottish throne in 1290/92. His grandson Robert the Bruce eventually became King of Scots. King Robert I reigned 1306-1329, and was succeeded by his son David II who reigned from 7 June 1329 to 22 February 1371. The Bruce dynasty ended with the death of David Bruce in 1371 when Robert II, son of Robert's daughter Marjorie Bruce and Walter Stewart succeeded to the throne.

Additional Information on the era

Competitors for the Crown of Scotland

The Battle of Loudon Hill

The Battle of Bannockburn

The Battle of Halidon Hill