The Illegitimate Children of Richard III

Although King Richard III had only one legitimate son, Edward of Middleham, by his wife Anne Neville, he is known to have had at least two and possibly three illegitimate children.

John of Gloucester, otherwise known as John of Pontefract was the natural son of Richard III and was probably born at Pontefract. The identity of John's mother remains unknown but it has been suggested that she may have Alice Burgh, who was granted an annuity of 20 pounds when Richard, Duke of Gloucester was at Pontefract on 1 March 1474, the grant records that it was made for "certain special causes and considerations." Another candidate is Katherine Haute. 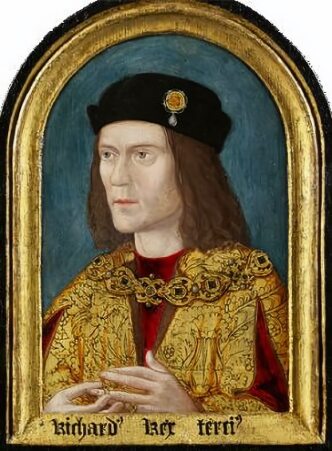 John was knighted at York on 8 September 1483 in York during the investiture of his half-brother Edward of Middleham as Prince of Wales. He was appointed Captain of Calais by his father on 11 March 1485, in the letter of appointment Richard refers to John as "our dear bastard son" The letter goes on to describe John as having 'liveliness of mind, activity of body, and inclination to all good customs (which) promise us, by the grace of God, great hope of his good service for the future'. .

After the death of King Richard at the Battle of Bosworth Field on 22 August 1485), the new king Henry VII removed John from the position of Captain of Calais, but on 1 March 1486, granted an annual income of 20 pounds 'to John de Gloucester, bastard, of an annual rent of £20 during the King's pleasure, issuing out of the revenues of the lordship or manor of Kyngestonlacy, parcel of the duchy of Lancaster, in co. Dorset'. The pretender Perkin Warbeck stated in his confession that when he began his impersonation of Richard, Duke of York, in 1491, "King Richard's bastard son was in the hands of the king of England." The seventeenth-century defender of Richard III, George Buck, asserted that around the time of the executions of Warbeck and Edward, Earl of Warwick, in 1499, "there was a base son of King Richard III made away, and secretly, having been kept long before in prison." Buck did not identify John by name but claimed that he was executed by Henry to prevent him from falling into the hands of certain Irishmen who wished to make him their chief or prince. No other sources mention John being executed. He was never married and left no known children. King Richard III

The identity of the mother of Richard's daughter, Katherine Plantagenet, has similarly gone unrecorded although it has been suggested that she may have been Katherine Haute, who received an annuity of five pounds from Richard's estates in East Anglia. Katherine Haute was the wife of James Haute, whose mother Joan Woodville was a cousin of the queen, Elizabeth Woodville. The reason for the annuity is unknown.

After Richard succeeded to the throne Katherine was married to William Herbert, Earl of Huntingdon, (1455-1491) the son of William Herbert, Earl of Pembroke. On 29th February 1484, Herbert covenanted 'to take to wife Dame Katherine Plantagenet, daughter to the King, before Michaelmas of that year'. Richard paid for the wedding and granted the couple an annuity of 400 marks from the lordships of Newport, Brecknock, and Hay on March 3, 1484. They probably lived at Raglan Castle, the Herbert family seat in Monmouthshire.

After the Duke of Buckingham's rebellion of 1483 Herbert was appointed to the post of Chief Justice of South Wales, which had previously belonged to Buckingham. When Henry Earl of Richmond landed in south Wales in 1485, Herbert's position forced Henry to take a roundabout route into England. It is likely that a Herbert agent first notified Richard III of Henry's landing. William Herbert. however, is not recorded as having fought for his father-in-law at Bosworth. Katherine Plantagenet is known to have died before the coronation of Elizabeth of York in November 1487, when William Herbert is referred to as a widower, the marriage is not thought to have produced any children. 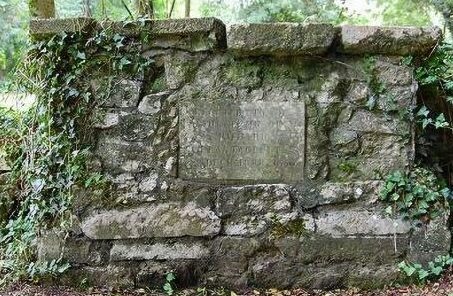 Richard of EastwellRichard of Eastwell, a bricklayer of Eastwell, near Ashford in Kent made claims to be a natural son of Richard III. He was said to have been brought up without knowing the identity of his parents but was boarded with a schoolmaster who taught him Latin, a sign of someone being educated according to his status. He was visited four times a year by a mysterious gentleman who paid for his upkeep.

He claimed that when still a young child he was taken to his father's tent on the night before the Battle of Bosworth in 1485, King Richard informed the boy that he was his son and told him to watch the battle from a safe vantage point. The king further told the boy that, if he won, he would acknowledge him as his son. If he lost, he told the boy to forever conceal his identity.

Richard of Eastwell was employed by Sir Thomas Moyle, the lord of the manor at Eastwell, as a gardener and bricklayer, in the rest hour, whilst the others talked and threw dice, the quiet old man would sit apart and read a book. He was given a house on the grounds, a building called "Plantagenet Cottage" still stands on the site and a well in Eastwell Park still bears his name.

The parish records of St. Mary's Church at Eastwell record that Richard died in 1550 at the age of 81. The entry is not considered a forgery. The register entry reads: "Rychard Plantagenet was buryed on the 22. daye of December, anno ut supra. Ex registro de Eastwell, sub anno 1550." Heneage's Memoirs of King Richard III states: Anciently when any person of a noble family was interred at Eastwell, it was the custom to affix a special mark against the name of the deceased in the register of burials. The fact is a significant one, that this aristocratic symbol is prefixed to the name of Richard Plantagenet.

A tomb in the churchyard of the derelict St. Mary's church bears the inscription: "Reputed to be the tomb of Richard Plantagenet". The gravestone was added in the nineteenth century.