Lionel of Antwerp, Duke of Clarence

Lionel Duke of Clarence, Earl of Ulster and Baron of Connaught, was born on 29 November 1338 at Antwerp in Flanders, the second surviving son of King Edward III and Philippa of Hainaut, daughter of William III, 'the Good' Count of Holland and Hainaut, and Joan of Valois. The name Lionel, never previously used in the Plantagenet family, was chosen for the lions on the coat of arms of Holland and Hainaut.

Lionel of Antwerp , Duke of Clarence

Lionel was betrothed in childhood to the heiress Elizabeth de Burgh, 4th Countess of Ulster (1332- 1363), the daughter and only child of William Donn de Burgh, 3rd Earl of Ulster (died 1332) and Matilda Plantagenet, herself the daughter of Henry, 3rd Earl of Lancaster. Lionel was aged just four at the time, while Elizabeth was nine years old. He then entered nominally into possession of Elizabeth's great Irish inheritance.

Matilda of Lancaster had fled from Ireland with her young daughter in 1333 following the murder of her husband, the last de Burgh Earl of Ulster, she and her daughter then lived at the court of her cousin, Edward III.

The young couple were married at the Tower of London on 15 August 1352 when Lionel was aged thirteen. The marriage produced one child, a daughter named Philippa, in honour of Lionel's mother, Queen Phillipa, who was born on 16 August 1355.

Having been named as his father's representative in England in 1345 and again in 1346, Lionel took part in an expedition into France in 1355. In 1359, he again went to France, accompanied by his father and brothers, Edward, the Black Prince, John of Gaunt and Edmund of Langley, when he travelled to Calais and was a witness to the Treaty of Bretigny in 1360.

His father the king appointed Lionel governor of Ireland and he landed at Dublin in 1361, and in the November of the following year, he was created Duke of Clarence, the second Dukedom to be created in England, while his father made an abortive attempt to obtain the crown of Scotland for him. 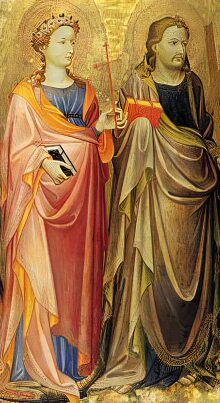 Lionel's attempts to secure an effective authority over his Irish lands met with only moderate success. His wife Elizabeth de Burgh died in Dublin in 1363. He held a parliament at Kilkenny, which passed the celebrated Statute of Kilkenny in 1366, but he later gave up the task and returned to England.

The famous English poet Geoffrey Chaucer was at one time a page in Lionel's household.

A second marriage was arranged for Lionel to the thirteen-year-old Violante Visconti (c. 1353 - November 1386), daughter of Galeazzo Visconti, lord of Pavia (d. 1378) and niece of Amadeus VI, Count of Savoy. The enormous dowry which Galeazzo promised with his daughter being exaggerated by the rumour of the time.

Travelling to fetch his new Italian bride with a large retinue of knights and esquires, Lionel was received in great state by King Charles V of France. From Paris, he continued to Savoy and finally onto Milan. He was married to Violante in Milan on 28 May 1368 at the church of Santa Maria Maggiore. The wedding festivities were lavish and ostentatious. The banquet, held outside in the open air, included thirty courses of meat and fish presented fully gilded. Some months were then spent in festivities, the marriage proved to be short-lived, Lionel was taken ill at Alba in Piedmont during the festivities, where he died, just five months after the wedding, at the age of just twenty-nine on 7 October 1368. It was rumoured at the time that he had been poisoned by his father-in-law. although this has never been proven.

His body was first interred at Papia, but afterwards returned to England, and buried at Clare, in the church of the Augustine Friars, near his first wife. Violante Visconti, by whom he had no issue, married soon afterwards to Otho Paleologus, Marquis of Montferrat.

Lionel's only child, Philippa, was married in 1368 Edmund Mortimer, 3rd Earl of March (1351-1381). Their granddaughter and eventual heir, Anne Mortimer, married into the Yorkist branch of the English Royal family. The House of York based its claim to the throne on their descent from Lionel, Duke of Clarence, being the second surviving son of King Edward III, the House of Lancaster descended from John of Gaunt, Edward's third surviving son.

The Ancestry of Lionel Duke of Clarence

Paternal Great-grandmother: JOAN I OF NAVARRE