The exquisite Henry VII Lady Chapel, the last great masterpiece of English medieval architecture and the burial place of fifteen kings and queens, stands at the far eastern end of Westminster Abbey.

The chapel, which Leland referred to as 'the miracle of the world' was added to the abbey at the behest of England's first Tudor monarch, Henry VII, for £14,000, a large sum for the time. Built in the Perpendicular style, the chapel was dedicated to the Blessed Virgin Mary in 1503 and became known as the Henry VII Chapel. The chapel's architect is not known, but it is believed that Robert Janyns, Jr. was responsible for the design of much of the structure. 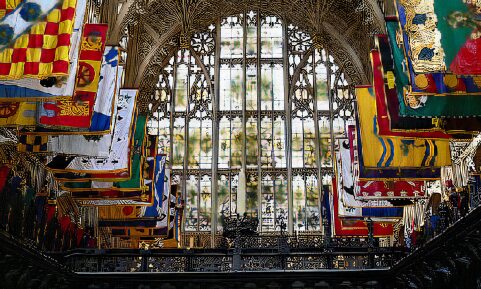 The most striking feature of the Chapel, is the unique, pendant style, fan vaulted ceiling, set along the front walls of the chapel, are high stained glass windows, which depict soldiers who fought in the Great Wars. Beneath the hinged seats of the oak stalls are intricately carved misericords, which depict a wide variety of scenes. In 1725 the chapel was used for installations of Knights of the Order of the Bath and the heraldic banners of knights of the order hang above the stalls.

The Henry VII Lady Chapel was intended to be a shrine to Henry's half-uncle, the Lancastrian king, Henry VI, who was murdered in the Tower of London on 21st -22nd May, 1471, whom he attempted to have canonized. The cannonization failed to occur and Henry VII and his wife, Elizabeth of York, who died in childbirth at the Tower on 21 April 1509, were interred in the tomb originally intended for Henry VI. Their magnificent gilt bronze effigies were made by the Florentine Rennaissance sculptor, Pietro Torrigiano, who studied with Michaelangelo. The monument is enclosed within a brass screen, or "chantry," ornamented with statues.

King James, I is also buried in the vault beneath the monument, only discovered in 1867 during a search made by Dean Stanley within the royal tombs for James' final resting place, which had gone unrecorded. The first Stuart King was found to share the tomb of the first Tudor King and his consort. Henry's mother, Margaret Beaufort, who died in the Abbot of Westminster's house on 29 June 1509, shortly after Henry VIII's coronation, is intered in the south aisle of the chapel. 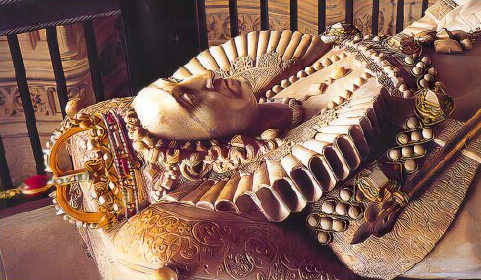 Henry VII's granddaughter, Elizabeth I, daughter of Henry VIII and his second wife Anne Boleyn, who died in 1603, was buried in the chapel along with her half-sister, Mary I, deeply antagonistic to each other in life, they were to lie together eternally in death. Elizabeth's successor, James I erected a fine effigy over Elizabeth's tomb, the Latin inscription at its base translates 'Partners both in throne and grave, here rest we two sisters, Mary and Elizabeth, in the hope of one resurrection.' Elizabeth was first buried in the vault of her grandfather, King Henry VII, however when her successor, James I, erected the large white marble monument to her memory, her body was moved beneath it in 1606. 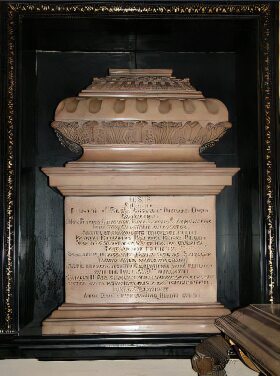 Elizabeth's brother Edward VI, a teenager when he died of tuberculosis in 1553, was buried beneath the original altar of the Henry VII Chapel on 8 August 1553, his grave was unmarked until a memorial stone was inserted, just in front of the present altar. The site is now covered by a communion-table, which bears a Latin inscription which translates as 'In place of the ancient altar, destroyed in the Civil Wars, to the honour of God and in pious memory of Edward VI, who is buried beneath, this holy table, in a gentler age, was placed by Arthur Penrhyn Stanley, D.D., Dean of Westminster, 1870. The elaborately carved frieze of the lost altar was found, in 1869, in Edward VI.'s grave, and has been positioned on the marble slab which covers the new table.

Also in the Henry VII Chapel stands a white marble container, which contains the reputed remains of the so-called Princes in the Tower, Edward V and his brother Richard, Duke of York, who disappeared in 1483, amidst rumours that they had met their deaths in the Tower of London. Nearly two centuries later, in 1674, workmen employed in demolishing a staircase within the Tower of London, leading to the chapel of the White Tower, made the discovery of the bones of two children in an elm chest, at around a depth of ten feet. Charles II, then the reigning monarch, ordered that the bones be examined by the royal surgeon and asked the architect, Sir Christopher Wren, to design a white marble container and they were reverently placed in the Abbey, close to the tomb of their sister, Elizabeth of York. The Latin inscription on the urn translates:-

'Here lie interred the remains of Edward V King of England, and Richard, Duke of York, whose long desired and much sought after bones, after above an hundred and ninety years, were found by most certain tokens, deep interred under the rubbish of the stairs that led up to the Chapel of the White Tower, on the 17th of July in the year of our Lord 1674. Charles the second, a most merciful prince, having compassion upon their hard fortune, performed the funeral rites of these most unhappy princes among the tombs of their ancestors, anno domini 1678.'

Near to the urn containing the bones of the Princes in the Tower lie monuments to the memory of Sophia and Mary Stuart, daughters of James I, who both died in infancy. 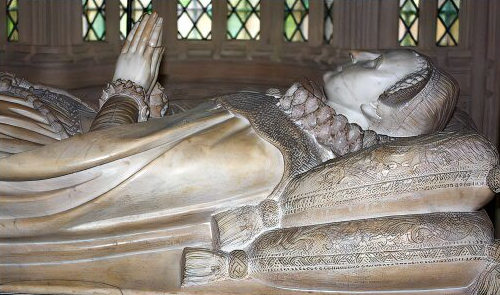 By way of reparation for his earlier neglect of his mother, James I had the body of Mary Queen of Scots, who was executed at Fotheringhay Castle on the orders of her cousin Elizabeth I, translated to the Henry VII Chapel at Westminster Abbey from Peterborough Cathedral, where it was reinterred close to the tomb of his paternal grandmother, Margaret Countess of Lennox, who is buried with her son Charles Stuart, Earl of Lennox. James provided a costly and majestic white marble monument to the memory of his mother.

James can have had no memory of his mother, they were separated when he was only a few months old and never met after that. The tomb of Mary, Queen of Scots was found to also contain her granddaughter, Elizabeth of Bohemia, her grandson Henry, Prince of Wales, her niece, Arbella Stuart, the child-companion of Mary's captivity, her great-grandson, the cavalier Prince Rupert of the Rhine and several infant children of James II and Queen Anne, including Anne's sole child to survive infancy, William, Duke of Gloucester.

The Stuart monarchs Charles II, William III, Mary II and Queen Anne and her consort Prince George of Denmark are also interred in the Henry VII chapel, as is Anne of Denmark, Queen consort of King James I, as is his relation Ludovic Stewart, 2nd Duke of Lennox. A lifesize wax effigy of the 6 feet 2 inches tall Charles II, stood by his grave for over a century. This figure may now be seen in the Abbey Museum. The face is a remarkable likeness and he is dressed in robes of the Order of the Garter.

The Lord Protector, Oliver Cromwell (1599 - 1658) was buried in the chapel in 1658 but on 30th January 1661, following the Restoration and on the twelfth anniversary of the execution of Charles I, the body of Oliver Cromwell was exhumed from Westminster and posthumously executed. His corpse was hanged in chains at Tyburn. The body was eventually thrown into a pit, while Cromwell's severed head was exhibited on a pole outside Westminster Abbey until 1685.

George II and his Queen, Caroline of Ansbach, are the only Hanoverian monarchs to be buried in the chapel, stones on the floor above the vault mark their graves. Their three sons Frederick, Prince of Wales, William, Duke of Cumberland, the 'butcher' of Culloden fame and George and their daughters Caroline and Louisa lie nearby. George was the last monarch to be interred at Westminster Abbey.