The Massacre of Glencoe

The Massacre of Glencoe

The unruly Catholic Highland clans of Scotland, having taken part in the Jacobite Uprising to restore James II to the throne, were perceived as a threat to the government of King William III. Consequently, the Highland chiefs were required to take the Oath of Allegiance to the king before a magistrate by 1st January 1692. They were threatened with reprisals as a consequence of not signing the oath.

The MacIains of Glencoe, part of the Clan Donald, were often in trouble with the law and with their neighbouring clans for their consistent raiding, pillaging and cattle rustling. The clan had a particular ill-feeling with the Campbell clans. Glen Coe had been home to the MacDonalds since at least the early fourteenth century.

Alasdair MacIain, the chief of the McDonald's of Glencoe, delayed taking the oath until 31 December 1691 and was informed on arrival at Fort William, that it could only be carried out in the presence of a sheriff and the nearest was forty miles away at Inverrary. He was provided with a letter of protection and a letter to Sir Colin Campbell, sheriff of Argyll, requesting that he receive Maclain's oath since he had come to him within the allotted time. 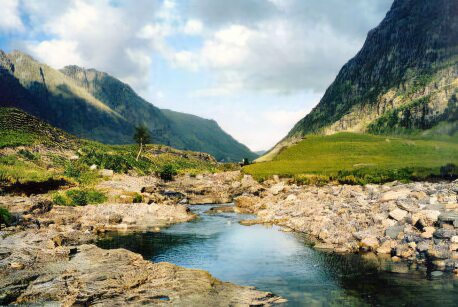 Macdonald proceeded there to take the oath, but the journey to Inveraray, took three days due to the winter weather and the fact that he was detained at Barcaldine Castle,he therefore arrived after the allotted deadline. Sir Colin Campbell, however, was spending the New Year with his family and MacIain was therefore obliged to wait a further three days. He eventually took the oath on 6 January 1692, but was given assurances that his allegiance would be accepted. 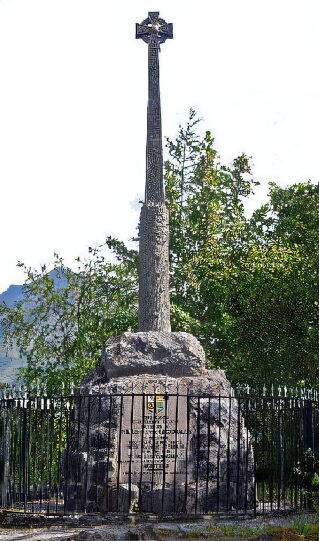 Sir John Dalrymple, Master of Stair, the Secretary of Scotland, was a lowlander and a Protestant who despised the lawless clans, with a particular dislike of the McDonalds of Glencoe. He seized the opportunity presented by MacIain, he issued instructions to remove "that set of thieves" the McDonald's of Glencoe. The certificate of McDonald's late oath was sent to Edinburgh but the government were not duly informed of McDonald's taking of the oath.

Campbell of Glenlyon, with over a hundred armed men, was billeted at Glencoe and had enjoyed the McDonald's hospitality, as was the custom in the Highlands, for several days, when Captain Drummond arrived on 12th February with orders from his commander, Major Duncanson, 'to fall upon the rebels, the McDonalds of Glencoe, and put all to the sword under seventy. You are to have special care that the old fox and his sons do upon no account escape your hands. You are to secure all the avenues that no man escape." Drummond spent that evening playing cards with his intended victims and upon retiring, wished them goodnight and accepted an invitation to dine with MacIain the following day. 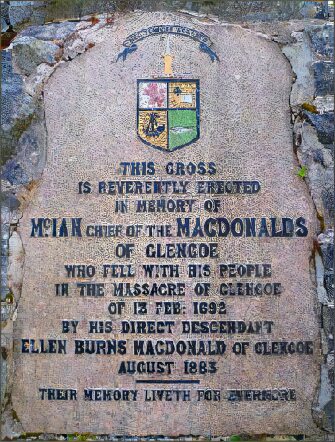 The massacre began at 5 a.m. on the morning of 13th February, Glenlyon's soldiers slaughtered men, women and children, no mercy was shown. Alasdair MacIain himself was shot dead by Lt Lindsay and Ensign Lundie as he rose from bed, his elderly distraught wife was dragged away and stripped naked and died the next day on the mountainside, his sons, however, managed to escape.

Duncan Rankin the first clansman to die was shot as he tried to escape across the River Coe near the chief's house. Homes were set ablaze. Some of the captives were bound hand and foot before they were killed. Gunfire woke the people of Glencoe. They ran from their homes and fled into the mountains. in all In all nearly forty people were massacred, a few of them managed to escape to the safety of the hills, many of these perished from exposure as attempted to escape across the mountains in the winter.

Most of the regiment responsible for the heinous crime were from the Argyll estates but only a minority of them were Campbells. Others, including many of the officers, were from Lowland Scotland. Several of Campbell's men warned their hosts of the impending attack. Two of the regiment, lieutenants Francis Farquhar and Gilbert Kennedy broke their swords rather than carry out their orders. Although they were arrested and imprisoned, they were later exonerated and released.

In the summer of 1695, the Scottish Parliament conducted an enquiry into the Glencoe affair and voted that it was a murder, naming those whom it considered responsible. The commission's report declared that the attack was murder, but exonerated the king the majority of the blame being placed on Dalrymple. William III was asked directly to bring those responsible to justice but did nothing to comply with the request.

In 1883 Macdonald of Aberdeen erected the Upper Carnoch memorial to the massacre, a Celtic cross on a cairn situated at the eastern end of Glencoe village.

The Battle of Crécy PreviousNext