Cassivellaunus was a Celtic chieftain, who ruled the territory north of the River Thames, and led the native British tribes in opposition to Julius Caesar on his second expedition in 54 BC. The character of Cassevellaunus appears in Celtic legend as Cassibelanus, and in Caesar's 'Commentarii de Bello Gallico' an account of the Gallic Wars, narrated in the third person. Although Caesar omits to name Cassivellaunus's tribe in his account, their territory, stated to be north of the River Thames, corresponds with the area occupied by the Catuvellauni tribe at the time of the later Roman invasion under Emperor Claudius, which roughly consisted of the modern counties of Hertfordshire, Cambridgeshire, Northamptonshire, Bedfordshire, Buckinghamshire and Oxfordshire east of the River Cherwell. The Catuvellauni were the most powerful Belgic tribe in Iron Age Britain. Their name is said to derive from two Celtic words: 'cat', which means battle, and 'vel', which is thought to mean 'leader', therefore 'the battle leader'. 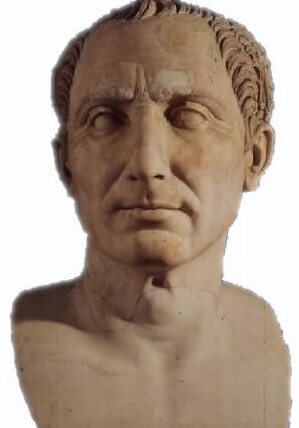 Cassivellaunus is also mentioned in Geoffrey of Monmouth's 'History of the kings of Britain', and in the Mabinogion, a collection of eleven prose stories collated from medieval Welsh manuscripts, the Brut y Brenhinedd, a collection of variant Middle Welsh versions of Geoffrey of Monmouth's 'History of the Kings of Britain' and the Welsh Triads, a group of texts in medieval manuscripts which preserve fragments of Welsh folklore, mythology and traditional history, where he is recorded as Caswallawn, son of Beli Mawr (Beli the Great). During the Roman conquest of Britain in 43 AD and the future Emperor Vespasian's campaign to conquer the tribes of the Atrebates, Dumnonii, and Durotriges in the southwest of Britain which took place in AD 43-47, the Romans attacked the fort and a fierce battle ensued by its eastern entrance.

Prior to the arrival of the Romans, Cassivellaunus had been engaged in conflict against the other Celtic British tribes, and had defeated Imanuentius, the king of the Trinovantes, a Celtic tribe who occupied modern Essex, and were amongst the most powerful tribes in Britain at the time.

Mandubracius, son of the chief of the Trinovantes, fled to Gaul, to solicit protection from Caesar, who at that time was fighting the tribes of Gaul. During the previous year of 55 BC, Caesar had landed about six miles from Dover in present-day Kent and had fought several battles with the Celtic tribes of southern Britain, although the expedition had proved successful it was inconclusive and Caesar had returned to Gaul. Britain posed a back door threat to his conquest of Gaul, where he had spent eight years campaigning. He claimed that, in the course of his conquest of Gaul, the Britons had supported the campaigns of the mainland Gauls against him and sent a letter to Cassivellanus demanding tribute, Cassivellanus proudly refused to comply and in 54 BC, Caesar launched his second invasion of Britain.

To avoid the errors of the previous invasion, Caesar gathered a larger force of five legions as opposed to the previous two, along with two thousand cavalry, and set sail for Britain from Portus Itius. He landed unopposed by the Britons which he interpreted as their intimidation by the daunting size of the fleet but could have been a strategic ploy to give them time to gather their forces.

As Caesar advanced to the Thames, Cassivellaunus at first resorted to harrying tactics, to prevent the Roman army from foraging and plundering for food, and resorted to guerilla tactics to oppose the Romans. Caesar dispatched scouts who advised him that the Britons were situated about ten miles away. He, therefore, marched through the forests and marshes of Kent toward Canterbury. A short skirmish took place near the banks of the River Stour, but as the Romans pressed their advance, the Celts retreated into woodland. As the Roman invaders advanced, the Celts continued to retreat, drawing them deeper into the dense forest. 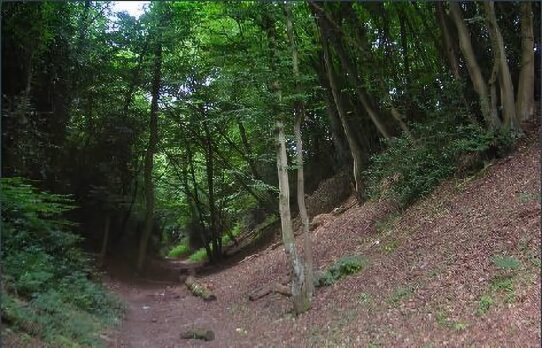 Five of the British tribes, the Cenimagni, the Segontiaci, the Ancalites, the Bibroci and the Cassi, made their surrender to Caesar and informed him of the location of Cassivellaunus's stronghold, which Caesar then advanced on. On arriving at the only crossing place on the River Thames, the Romans discovered that the Britons had barricaded it by driving stakes into the riverbed. The obstacle was overcome and they laid siege to the British stronghold. Devil's Dyke and the Slad to the east, on the southeast side of Wheathampstead, are thought to be the remains of this stronghold.

A modern plaque at Devil's Dyke commemorates the event. Today, the dyke runs for hundreds of yards and at its deepest point measures around 100 feet wide and 40 feet deep. The area was excavated in 1932 by the archaeologist Sir Mortimer Wheeler, and the ditch was found to have had an original depth of nearly thirteen metres. Further excavations in the 1970's have led to the suggestion that the area could have been originally settled by Belgae invaders following the discovery of Belgic and pre-Belgic pottery.

Cassivellaunus appealed for aid from four kings of Kent, Cingetorix, Carvilius, Taximagulus and Segovax, to muster forces and launch an attack on the Roman camp on the coast, which failed and resulted in the capture of the Celtic chieftain called Lugotorix. When Caesar promised to restore Lugotorix to his erstwhile kingdom, some of the British tribes deserted their leader. Disheartened by the receipt of the news of this Roman victory, Cassivellaunus and sued for peace and surrendered to Caesar.

The terms of their treaty were mediated by Commius, chief of the Atrebates tribe and Caesar's ally. Caesar demanded hostages and a tribute was finally agreed. Mandubracius was restored as chief of the Trinovantes tribe, and Cassivellaunus promised not to wage war against him. According to the Venerable Bede's Ecclesiastical History, the remains of Cassivelaunus's entrenchment were visible seven or eight centuries later.

Caesar then returned to Gaul to put down a rebellion in the province, where a poor harvest had caused much unrest. After their defeat by Caesar the Catuvellauni expanded their territory to the north and northwest, building a new capital at Verulamium, (St. Albans). The Roman legions did not return to Britain until the invasion under the Emperor Claudius in 43 AD.