A Tour of Bosworth Visitor Centre

Bosworth Battlefield Visitor Centre and Country Park today occupy the site which was believed to be that of the Battle of Bosworth which took place on 22nd August, 1485. Bosworth, the most decisive battle of the War of the Roses, sounded the death knell of the House of Plantagenet and heralded the end of the Middle Ages, King Richard III was killed in the course of the battle and the crown of England passed from the last Yorkist king to the founder of the Tudor dynasty, Henry, Earl of Richmond, who in the course of his victory became King Henry VII.

Run by Leicestershire County Council, Bosworth Battlefield was officially opened in 1974. The Visitor Centre at Bosworth offers interactive displays and a detailed exhibition, along with an interesting film explaining the events of the battle. Visitors can learn about the lives of the combatants in the battle and the impacts of the battle itself through archaeological finds, hands-on and computer interactives, and a Battlefield investigation lab. Living history events take place on the site throughout the summer months. The Visitor Centre is signposted from various roads, including from the A5 between Hinckley and Atherstone. 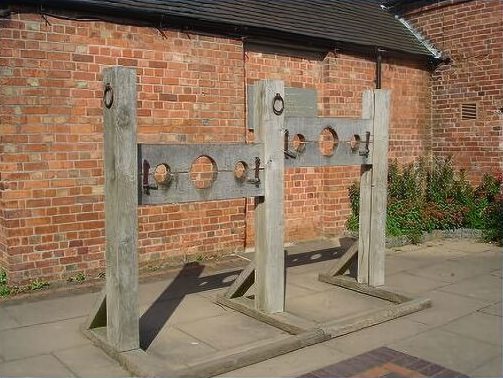 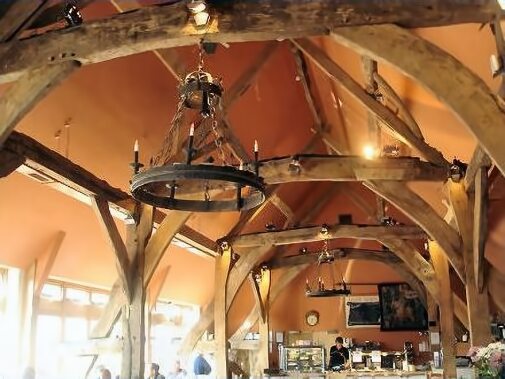 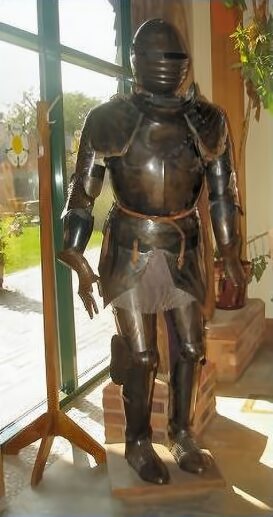 Ambion Parva - a fascinating replica medieval village, is an exciting new project on the Bosworth site, adjacent to the visitor centre, which creates a sense of medieval village life. The village includes timber framed buildings that are replicas of vernacular homes that would have been used between the thirteenth and fifteenth centuries. 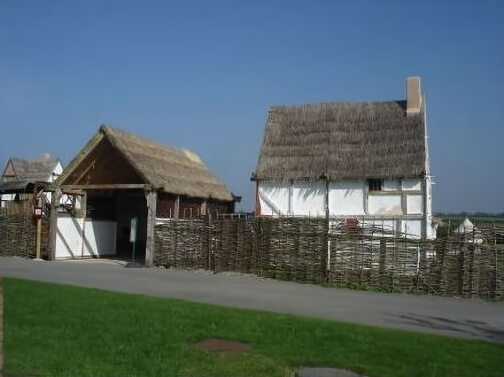 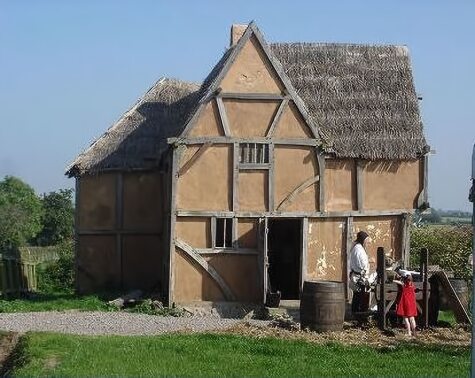 Buildings on site include a two storey house with jettied crossway known as 'Captains Retreat', a typical example of Medieval homes in the Warwickshire / Leicestershire area.'Gunners Cottage' is a cruck cottage and 'The Old Salt Road Inn', a Medieval ale house, ale and mead, drunk by both adults and children as an alternative to dirty water, were brewed on site. A granary and further buildings on the site include a church, a barn and workshops. The buildings feature authentic joints for the period and have been constructed using traditional methods. 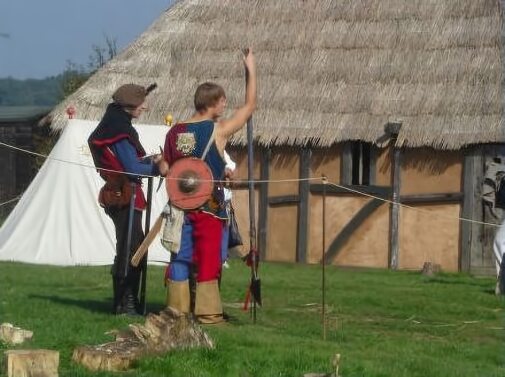 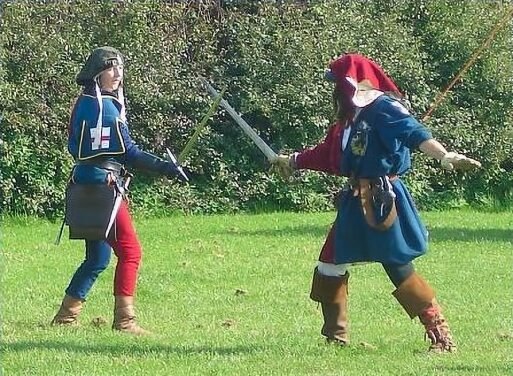 From August 2005 to July 2008 the Battlefields Trust undertook a new study of Bosworth battlefield, financed by the Heritage Lottery Fund. The project attempted to resolve many of the long standing questions surrounding the Battle of Bosworth and its actual location. The true site of the battle has now pinpointed to fields lying more than a mile to the south west of the traditional site near the Bosworth Visitor Centre. A new trail leads from the visitor centre to the new location. 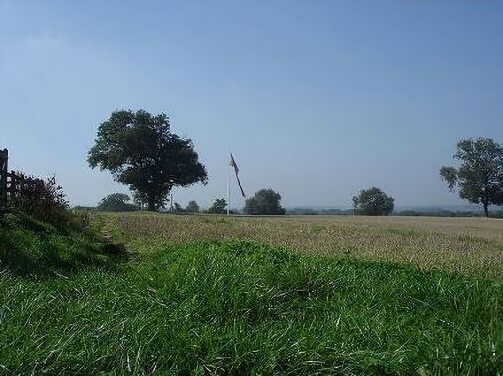 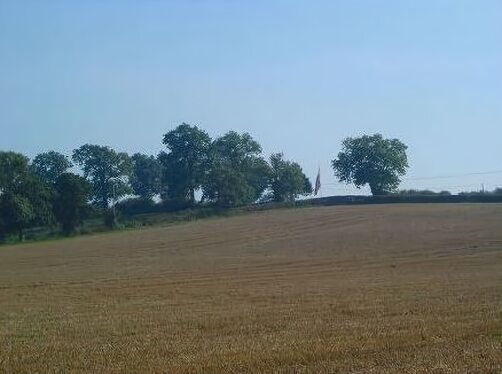 King Richard's Well, where Richard III is said to have drunk during the battle prior to the last charge of the Yorkist cavalry, is now covered with a cairn, which was placed there in the nineteenth century by Dr. Samuel Parr. It was the only reminder of the battle prior to the opening of the visitor centre. There is now a new trail from the visitor centre, which comprises of a 1.25 mile (2.2km) walk with audio and visual interpretation about the battle and surrounding area. Climbing Ambion Hill near the Battlefield Heritage Centre the trail also includes a walk-through sundial which features the thrones of Richard III, Henry Tudor and Lord Stanley. The panoramic view from the sundial provides the opportunity to see the actual battlefield site in the distance, the church of nearby Market Bosworth and other local landscape features. 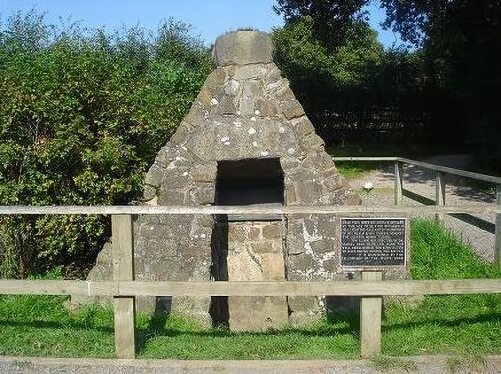 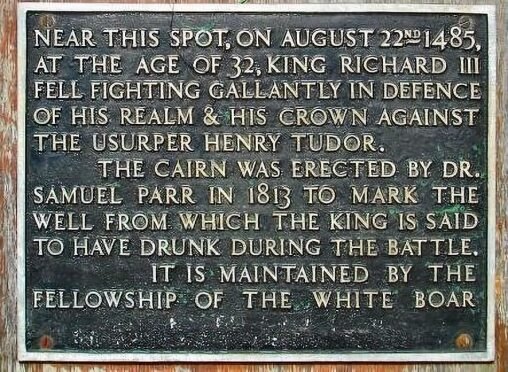 King Richard III is reputed to have heard his last mass at the Church of St. James at Sutton Cheney, on the eve of Bosworth. Few alterations have been carried out to the church since 1485, apart from the addition to the top of the tower. A memorial service and wreath laying ceremony is held at the church annually on the Sunday nearest to August 22nd. 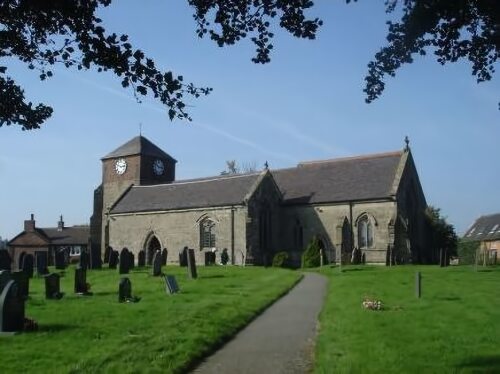 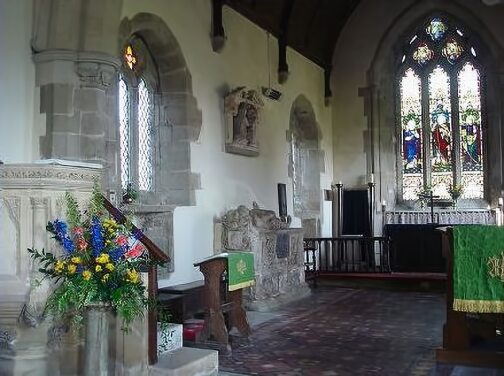 A memorial to Richard III and those who fell in the battle inside the church was placed there by the Richard III Society. The plaque, bearing the Plantagenet arms and the white roses of York, reads:-


'Loyaltie me lie' (Loyalty binds me), was the motto of Richard III, adopted when he was Duke of Gloucester. The Church of St. James was founded in the eleventh century. Many of the needlepoint kneelers with their emblems of the white boar, the sun in splendour and Yorkist white roses are the work of members of the Richard III Society. Prior to the village enclosure in 1794, the church occupied a site on the main street, which passed the North wall of the church before rising up to Ambion Hill. 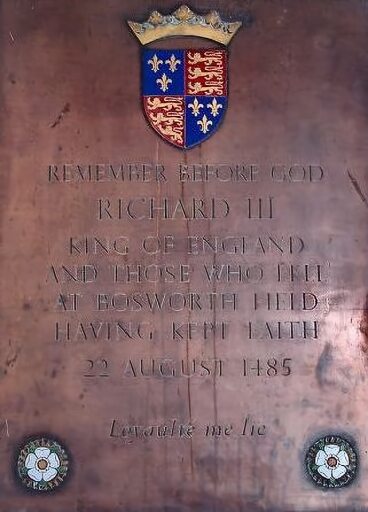 Adding weight to the theory that the battle was not fought at the traditional site, many of the dead from the battle were buried at nearby Dadlington Church (situated between Hinckley, Bosworth and Nuneaton). The chapel wardens petitioned King Henry VIII in 1511 for a chantry foundation, on the basis that men who died in the battle were interred there. A license issued by the Archbishop of Canterbury which describes the church as 'standing upon a parcell of the grounde where Bosworth Feld otherwise called Dadlyngton Feld was done.' This is confirmed by reports dating from the nineteenth century of relics of the battle and human remains being disinterred from the churchyard at Dadlington. The chantry foundation at Dadlington was suppressed in 1547 under the staunchly Protestant King Edward VI.


All images displayed on this page are copyright Englishmonarchs

The Battle of Bosworth

Fotheringhay-Mausoleum of the House of York